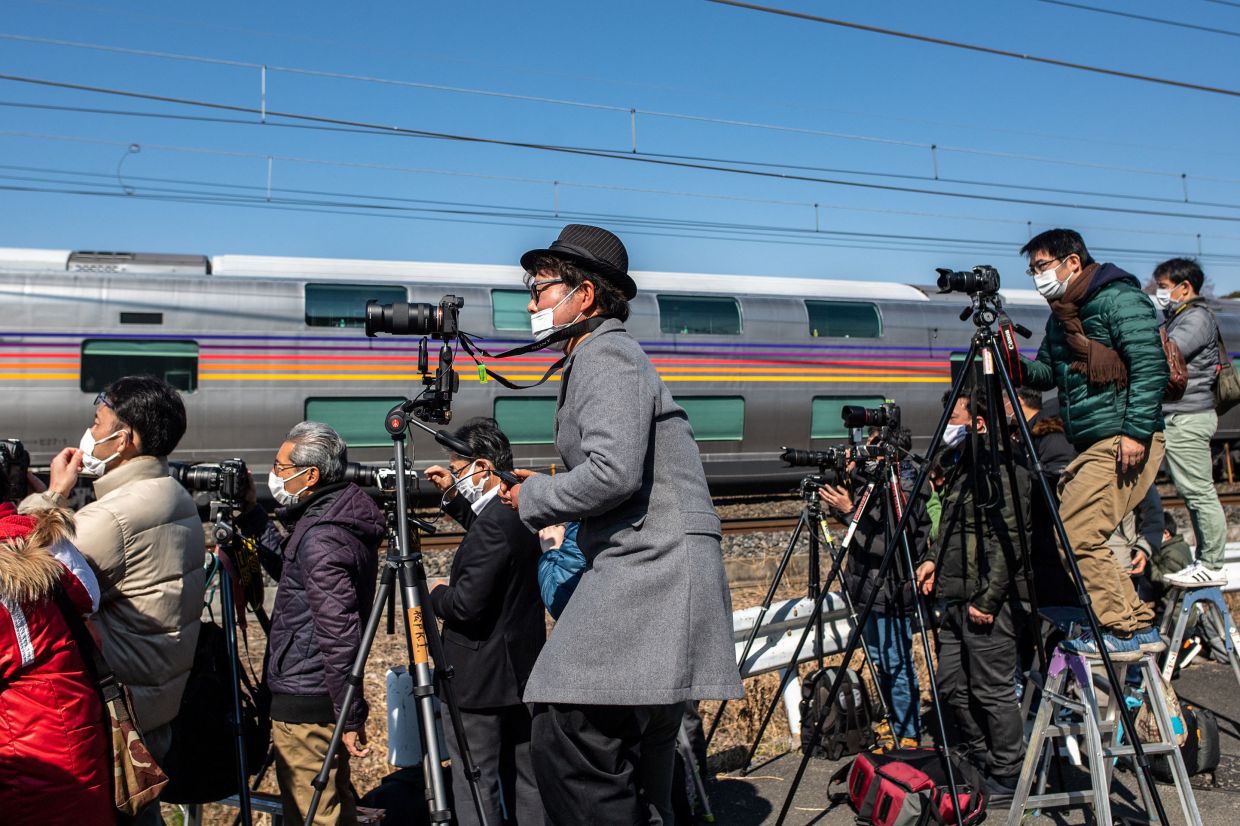 Overcrowding, confrontations and outright attacks. Japan’s many train fans are mostly mild-mannered enthusiasts with a passion for the country’s famous rail system, but one small group is gaining surprising notoriety.

Japan’s rail system has long been the envy of the world, with its famous punctuality, cutting-edge technology and meticulous schedules. It’s no surprise, then, that the country is home to a diverse landscape of train enthusiasts, from those who enjoy poring over timetables to others who adore and even record the roar of passing trains.

However, perhaps the most well-known group is a tribe nicknamed “toritetsu” (train photographers), who strive to take perfect photos of approaching trains. They’ve been around for decades, but in recent years reports of shouting matches, intrusions, and even violence at train stations have made toritetsu the bad boys of Japanese trainspotting.

Some say the out-of-control behavior isn’t entirely new, citing frantic goodbyes for retired steam locomotives in the 1960s and 1970s. But recent incidents including the harassment of a photobombing cyclist and an assault that has left a teenager with a fractured skull last year, some enthusiasts worry.

“It’s sure that manners have gotten worse,” lamented septuagenarian Masao Oda, who has been photographing trains for fifty years.

“I love everything about trains”

It’s an uncomfortable feeling for a toritetsu like 27-year-old Akira Takahashi.

“People are pointing at me now,” said Takahashi, whose dearest obsession is the EF66 electric locomotive model, which he describes as his “idol”.

“The negative image of us now prevails…I don’t want to be confused with some of us causing trouble.”

Most fans are more like 19-year-old Ryunosuke Takagai, a college student known for getting up at five in the morning to document his passion and sometimes working part-time in a factory to fund his hobby.

“I love everything about trains – their sound, their atmosphere,” he said.

“That moment when you manage to capture the train you’ve been waiting for for hours is truly fulfilling,” he added.

The increasingly rowdy behavior of some toritetsu may be driven by their quest for the perfect photo, according to Jun Umehara, a freelance railway journalist who previously worked for one of Japan’s top railway magazines.

He says factors such as fewer “retired” trains and more urban development mean amateur photographers are stuck in smaller spaces as they pursue their dream images. A train enthusiast reviews images on his camera screen near a train track in Hasuda, Saitama Prefecture. Photo: AFP

“Every train has its last moment, which for them is the last missing piece of the puzzle they need to complete their photo collection,” he said.

“The thought of missing that last piece is almost unbearable for them,” Umehara added.

It is no longer the “enemy”

Real estate development over the years has also seen some old filming locations razed to the ground, making it even harder for toritetsu to emulate the “flawless” train photos they grew up admiring.

The images, featured by Japan’s niche railroad magazines with their dedicated toritetsu readership, are often taken with a clear view of the trains – devoid of obstacles such as fences, trees and passengers.

“But mimicking these exemplary photos in real-life situations is nearly impossible,” Umehara said.

“And yet, that is what they are looking for.”

The train fan community encompasses a diverse group of enthusiasts, including “noritetsu”, who simply enjoy traveling on trains, “ekibentetsu”, who focus on ekiben bentos – canned meals sold at stations, and the “soshikitetsu”, so-called “mourners” of retired trains. 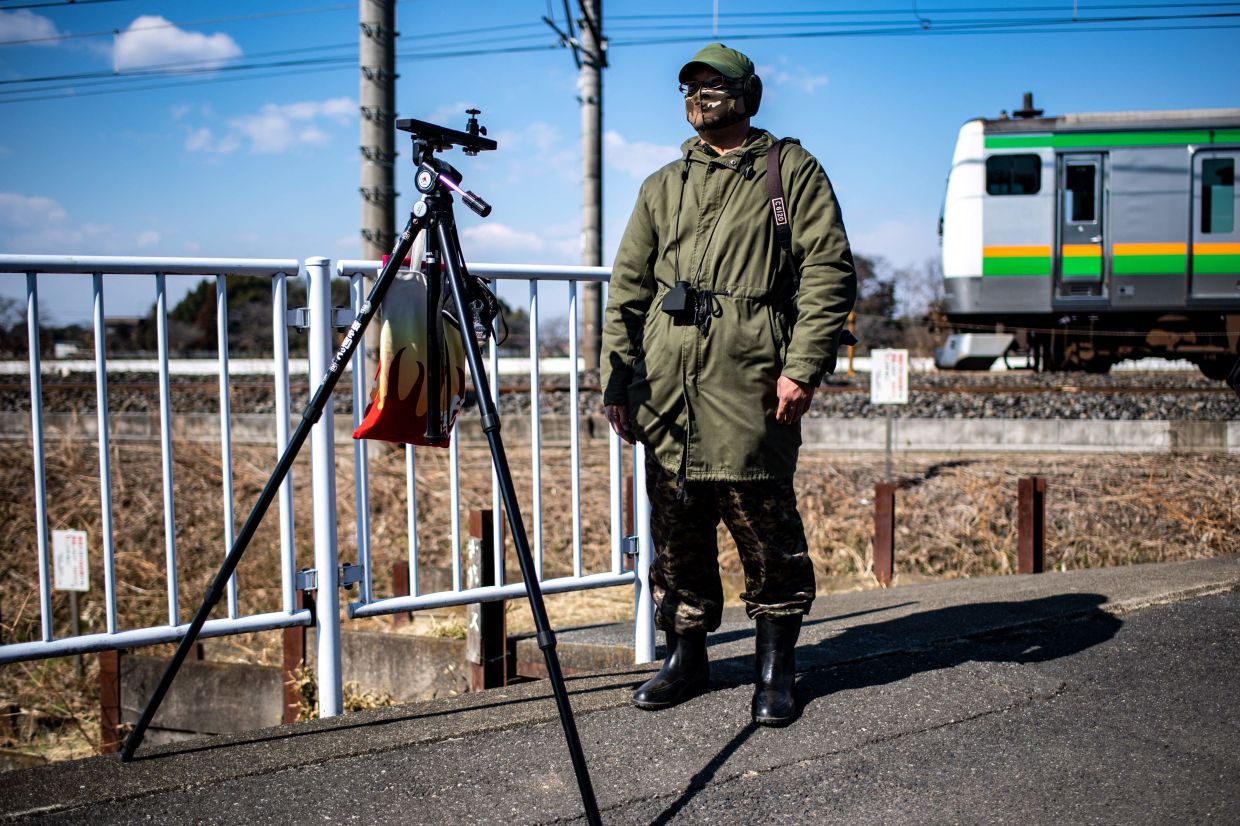 According to Nobuaki Takada, a senior consultant at Tokyo-based NRI Social Information System Services, there were about five million train fans nationwide – from casuals to die-hards – in 2015.

And toritetsu encroachment became a growing problem for rail operators, who often responded with heavier security.

“Toritetsu can actually be relied on to take beautiful photos of our trains and promote them on the Internet,” said Yusuke Yamamoto, a branch manager of JR East Start UP Co.

“So instead of treating them as our enemies, we wanted to build a good relationship with them through this fan community.”

He wants to see the community overcome the stigma associated with its fringe elements, citing how anime and manga obsessives have become more mainstream and less socially isolated in Japan.

“Toritetsu is a culture, and I hope its image will change,” Yamamoto said. -AFP