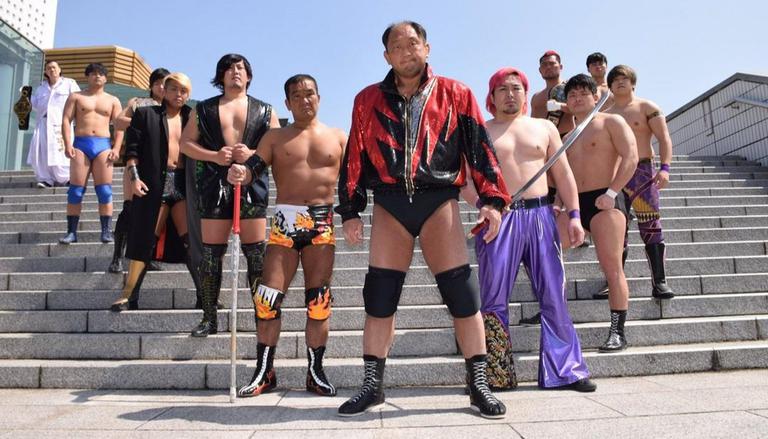 Legendary Japanese wrestler Shinjiro Otani suffered a fatal spinal injury during a Pro Wrestling ZERO1 event held on April 10, 2022. Otani suffered a cervical spinal cord injury during the ZERO1 World Heavyweight Title match against champion Takashi Sugiura when Sugiura gave the 49-year-old veteran a German Suplex in the turnbuckle and was taken to a nearby hospital. It is now understood that Otani is conscious after the incident but is unable to move his body as desired.

As reported by The sun, During a chat with Tokyo Sports, match official Katsumi Sasazaki gave an update on Otani’s condition and said, “He was conscious. He could hear his voice and knew exactly where he was. However, he complained that he couldn’t move his hands and body, and said he couldn’t move his body as he wanted, saying, “I can’t feel my hands.”

What else was said?

As reported by side cage seats, Shinjiro’s wife, Eriko Otani, released a statement about the wrestler after the incident and, according to Post Wrestling’s translation of his words, she said, “I married a professional wrestler, Shinjiro Otani, so I I was ready to accept a situation like this, but when I think of Shinjiro’s disappointment, I cry. However, we will not look down, but forward, and with the help of pro wrestling, we will continue to support Mr. Shinjiro. We will do our best with your warm support. We hope you will continue to watch over us warmly. Finally, I would like to ask for your continued support for Zero One and all the wrestlers that Mr. Shinjiro has protected.

A Look at Shinjiro Otani’s Career-

Shinjiro began his wrestling career in 1992 with his first match against Hiroyoshi Yamamoto. He won many notable titles during his career including the WCW World Cruiserweight title, the IWGP Junior Heavyweight title, and the IWGP Junior Heavyweight Tag Team Championship. He then moved to Pro Wrestling Zero1 and went on to win titles like Zero1’s World Heavyweight Title and also reigned as the AWA Superstars of Wrestling World Heavyweight Champion. He received support from prominent names in the wrestling community like Adam Pearce and Christopher Daniels following his injury.

FacebookTwitterLinkedinMix
2022-04-27
Previous Post: Horse racing: Japan stands out on the world stage with its recent successes
Next Post: A unified Korea would be a good thing