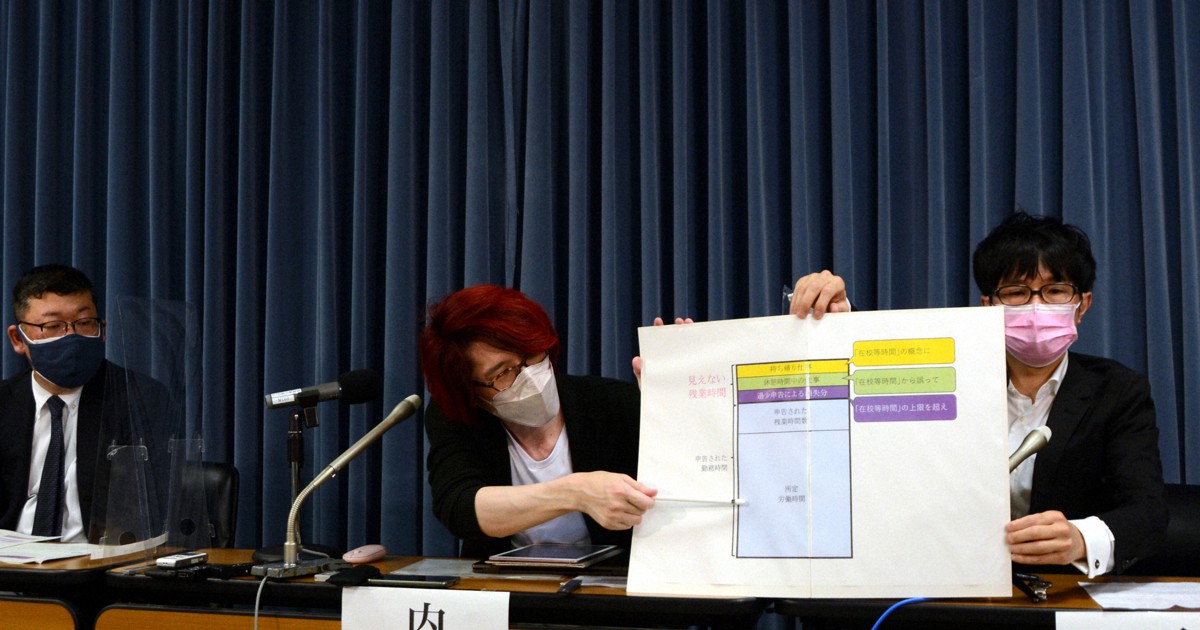 TOKYO — More than 70% of junior high school teachers in Japan work more than 80 overtime hours a month — the threshold for determining death from overwork, according to the results of an independent survey.

The survey by researchers including Ryo Uchida, a professor at Nagoya University’s graduate school, also found that one in three primary school teachers who said they worked 40 or more hours a week said they were asked by his superiors and others to under-report his working hours. .

“The effects of long working hours are felt on children. It’s a social problem,” Uchida said.

A separate 2016 survey of teachers’ working conditions conducted by the Ministry of Education found that around 30% of primary school teachers and 60% of lower secondary teachers worked more than 80 overtime hours per month.

In their latest survey conducted in November 2021, Uchida and the other researchers targeted registered online survey participants and received responses from 924 teachers between the ages of 20 and 50 working full-time in public primary and secondary schools. . Respondents were asked what time they arrive and leave work in a given week, and how many hours they spend working from home, among other questions.

The survey also revealed widespread requests from management staff for teachers to underreport their working hours. When asked if they had been asked to rewrite their work records to make it look like they had worked less overtime in the past two years, 16.6% of respondents said affirmative. When restricted to teachers who worked 40 or more overtime hours per week, 32.7% of primary teachers and 24.4% of lower secondary teachers reported receiving such requests. Additionally, 43% of elementary school teachers said they “do not accurately report” their weekend work hours.

Responses to questions about teachers’ desire to work revealed that the more overtime they worked, the more anxious they felt. Among teachers who worked 40 or more overtime hours per week, 81.9% responded that they almost agreed with the statement of the questionnaire: “I wonder if I can detect bullying early” and 70.1% with the statement: “I go to class without sufficient preparation.”

Commenting on the reasons for the under-reporting of working hours, Uchida cited a 2019 revision to the Education Staff Working Conditions and Wages Act, which limits overtime to 45 hours per month. He said another purpose of underreporting long working hours is to avoid meetings with occupational physicians.

“With stricter time management guidelines now in place, working from home is also increasing. They need to increase the number of workers and reduce the amount of work or do something like outsource it,” Uchida said.