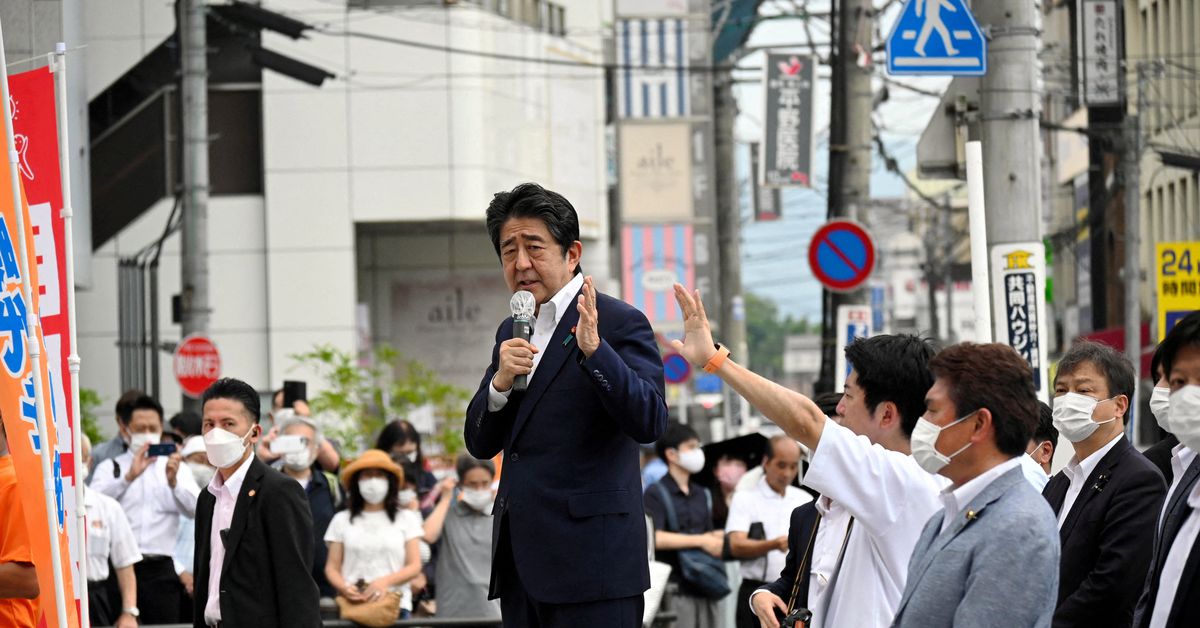 With former Japanese Prime Minister Abe pale and lifeless, a doctor at the scene prayed for a miracle

By the time the 64-year-old doctor rushed to the scene from his nearby clinic minutes after Abe was shot on July 8, the stricken lawmaker’s face was bloodless from deep gunshot wounds to his neck.

“What struck me immediately was how pale his face looked,” Nakaoka told Reuters by phone days after the assassination. Read more

“When we massaged his heart, his body did not shake. He was barely conscious and he was so pale I knew immediately he was in critical danger.”

A doctor at the clinic of the same name, Nakaoka said he sprang into action when a patient who was present when Abe was shot rushed in in a panic, shouting at him to come help.

With her nurses, Nakaoka descended the three flights of stairs and a short distance to the stage. Someone who appeared to be in Abe’s entourage immediately handed him an automated external defibrillator (AED), but it didn’t turn on, he said.

One of his three nurses ran to the clinic to get another machine.

But when he connected it to Abe, a voicemail from AED said “not applicable,” Nakaoka said. It can happen when the heart is beating normally, or not at all.

But with too much blood lost, there was little chance of resuscitation on the spot, he said.

“At the time, I was so desperate,” Nakaoka said.

Abe, 67, who had given a pre-election campaign speech in support of another party member, was unresponsive throughout, Nakaoka said.

“It was extremely long,” Nakaoka said. “He had to get to a big medical center quickly to stop the bleeding.”

“Looking back on it now, there were times when I had no idea what my body was doing,” Nakaoka said.

“What I remember very clearly is frantically praying for a miracle so that somehow this man – who was irreplaceable to Japan and the world – could be saved.”