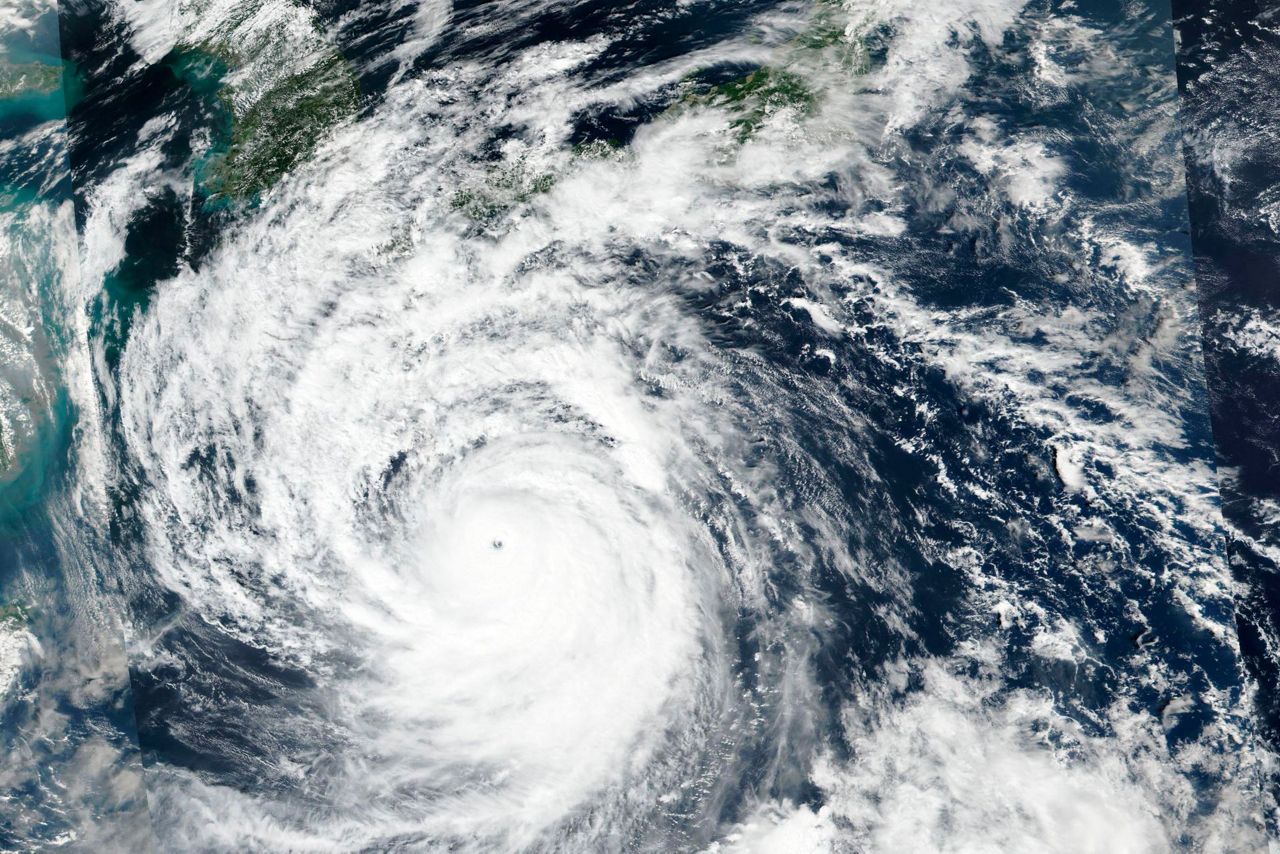 TOKYO (AP) — A powerful typhoon battered southwestern Japan with heavy rains and winds on Monday, injuring dozens of people, as it veered north toward Tokyo.

Residential streets were inundated with muddy river water and swathes of homes lost power after Typhoon Nanmadol made landfall in the Kyushu region on Sunday.

The typhoon was packing sustained winds of 108 kilometers per hour (67 mph) and gusts up to 162 kilometers (100 miles) per hour, according to the Japan Meteorological Agency.

Tens of thousands of people have spent the night in gymnasiums and other facilities during a precautionary evacuation of vulnerable homes.

More than 60 people were injured, including those who fell in the rain or were hit by shards of glass, according to Japanese media.

Torrential winds broke the signs. A construction crane broke and a window of a pachinko parlor was smashed in the city of Kagoshima in southwestern Japan.

High-speed trains and airlines have suspended service. Warnings have been issued about landslides and swelling rivers. Convenience store chains and delivery services have temporarily closed in southwestern Japan, while some highways have been closed and people have had trouble connecting to cellphones.

The storm is expected to continue its northeast track over Japan’s main island of Honshu, triggering heavy rains across the region that includes the cities of Osaka and Kyoto, before arriving in Tokyo on Tuesday and heading to the northeast of Japan.

Copyright 2022 The Associated Press. All rights reserved. This material may not be published, broadcast, rewritten or redistributed without permission.

FacebookTwitterLinkedinMix
2022-09-19
Previous Post: All eyes are on the bilateral summit between South Korea and Japan
Next Post: Xi’s heir is probably among China’s ‘luckiest generation’