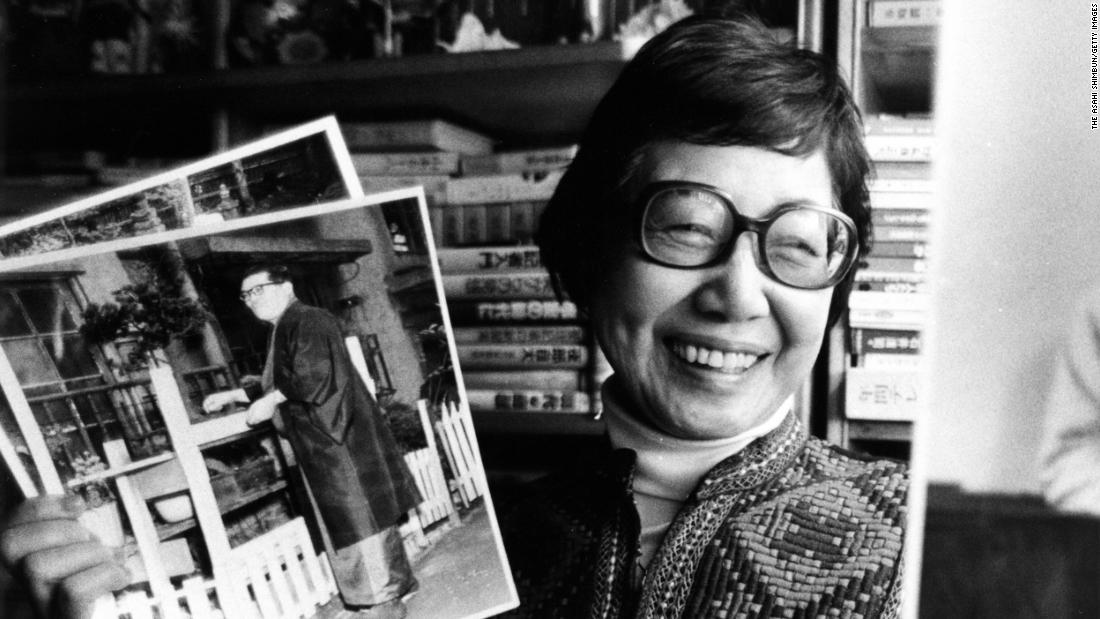 Japan’s first photojournalist Tsuneko Sasamoto, who captured the lives of civilians in the tumultuous Showa era, has died aged 107.

Sasamoto died Aug. 15 in the seaside town of Kamakura, south of Tokyo, the Japan Professional Photographers Society, of which Sasamoto was an honorary member, confirmed to CNN on Tuesday.

She died of natural causes, the organization said.

Sasamoto was widely recognized as a pioneer in her field.

Born in Tokyo in 1914, she studied illustration and model making at school, according to the National Art Gallery.

After graduating, she got an interview with Kenichi Hayashi, the head of the Japanese photo library, thanks to a family connection.

Hayashi asked Sasamoto if she wanted to become the country’s first female photojournalist, and according to her official biography by book publisher Shinchosha, in 1940 she officially joined the Photographic Society of Japan, embarking on an illustrious career as a photographer. topical.

Tsuneko Sasamoto was renowned for her fascinating portraits of civilians living in post-war society. Credit: The Asahi Shimbun/Getty Images

She first took pictures of the women’s celebration of the Tripartite Pact between Japan, Germany and Italy in the 1940s.

Sasamoto went on to cover World War II in Japan, following diplomatic envoys and human interest stories meant to inspire patriotism and national solidarity. Several of his images appeared in the Shashin Shuho, a weekly publication issued by the Cabinet Intelligence Department from 1938 to 1945, adds the National Gallery of Art.

When the war ended, Sasamoto returned to Tokyo and became a freelancer, having worked as a reporter for the Chiba Shimbun, according to Shinchosha..

She continued to document the voices of those living under the Showa era, during which Japanese fascism and nationalism rose and imperial troops under the Rising Sun banner occupied neighboring countries.

Sasamoto won acclaim for his nuanced perspective on post-war society, particularly his striking portraits whose subjects included artists, writers and the wives of striking coal miners, notes the National Gallery of Art.

Visitors look at photos taken by Sasamoto during an exhibition celebrating his achievements at the Japan Newspaper Museum on April 5, 2014, shortly before his 100th birthday. Credit: Kyodo News/Getty Images

In 1950, she joined the Japan Professional Photographers Society.

Eighteen years later, she traveled to Europe for the first time, then visited countries around the world, according to her Biography of Lucie Awards.

In 2011, she won the Yoshikawa Eiji Cultural Award and the Photographic Society of Japan Award. Three years later, she held photo exhibitions, including “Tsuneko Sasamoto 100 Years Old Exhibition” and “100 Women”.

Towards the end of his life, Sasamoto said that a glass of red wine in the evening and a piece of chocolate every day were among his secrets for a long life.

“You should never get lazy,” she said in an interview with Art and Design Inspiration.

“It’s essential to stay positive about your life and never give up.

“You have to push yourself and stay aware, so you can move forward,” Sasamoto added.

FacebookTwitterLinkedinMix
2022-08-23
Previous Post: Russia says its bombers are patrolling the Sea of ​​Japan – agencies
Next Post: 14 of the Japanese opposition party have had relations with the Unification Church