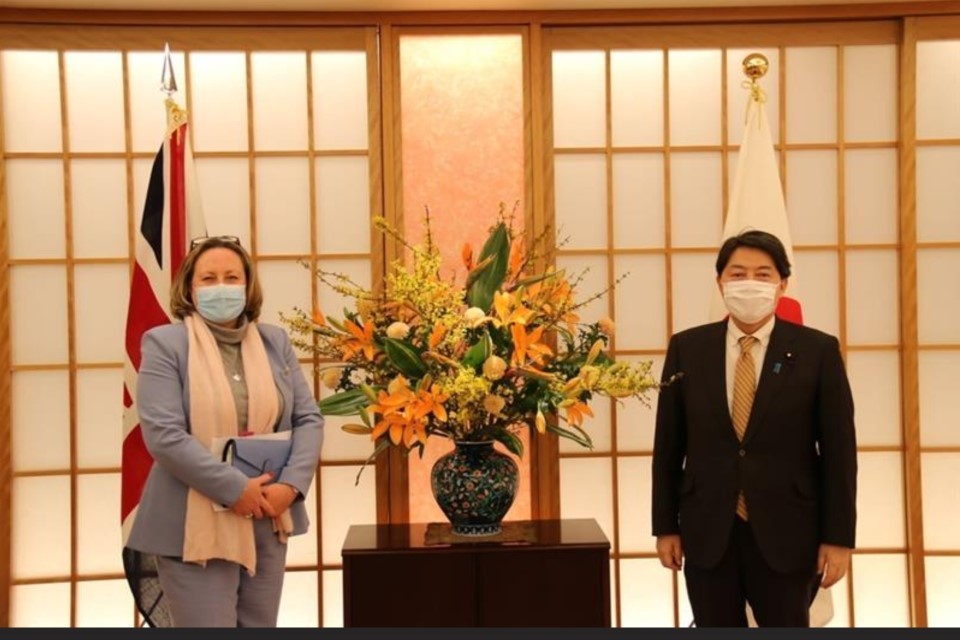 International Trade Secretary Anne-Marie Trevelyan traveled to Tokyo on Thursday February 24 to take part in high-level meetings which reinforce the strong relationship between the UK and Japan.

The UK and Japan held the first Joint Ministerial Committee of the Comprehensive Economic Partnership Agreement (CEPA), our bilateral free trade agreement, which entered into force on December 31, 2020.

Ministers discussed how to build on the solid foundations of CEPA and agreed to establish deeper cooperation on digital trade and digitization, as well as post-COP26 climate goals and the transition to a more sustainable energy. own.

International Trade Secretary Trevelyan and Foreign Minister Hayashi re-emphasized the value of the agreement to business and pledged to continue close cooperation to ensure the prosperity of our bilateral trade relationship. Trade between the UK and Japan stood at £24.6 billion in the year at the end of the third quarter of 2021 and continues to strengthen.

Ministers also discussed the worrying situation in Ukraine, expressing their deep concern over Russian aggression. They condemned Russia’s actions in the strongest terms and pledged to work together and with partners to take further action against Russia.

The visit demonstrates the benefits of the UK’s tilt towards the Indo-Pacific and comes less than a week after the announcement of the launch of UK CPTPP market access negotiations.

It is an honor to visit Tokyo on this important visit which demonstrates Britain’s global trading power and puts into practice our Indo-Pacific inclination.

Japan is a key trading and economic partner of the UK. We share many global challenges and I am delighted that our two island nations can work together to leverage our trade agreement through digital trade and help other countries in the region adapt to the challenges of climate change.

In meetings with Japan’s CPTPP Minister Yamagiwa Daishiro and Minister of Economy and Trade (METI) Hagiuda Koichi, International Trade Secretary Trevelyan thanked Japan for supporting the UK’s membership in the CPTPP and discussed progress in securing membership of the £8.4trillion trading bloc, which the UK is keen to complete by the end of this year.

Japan is the CPTPP’s largest economy and the UK’s 12th largest trading partner. It is also the second largest investor in the UK among non-EU countries, with £102bn in investment stock.

In a packed schedule during the one-day visit, International Trade Secretary Trevelyan also met with Japanese business leaders and CEOs from the finance, manufacturing and technology sectors.

FacebookTwitterLinkedinMix
2022-02-25
Previous Post: Godzilla vs. Evagelion was the predecessor of Shin Japan Heroes Universe
Next Post: A group formed to protect the rights of gig workers and establish rules in Japan