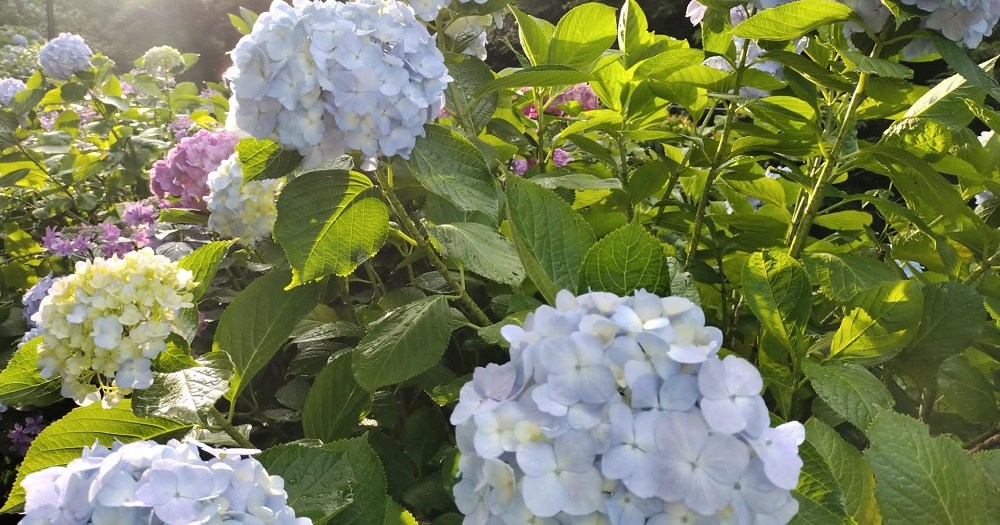 Summer in Japan doesn’t look like a Japanese summer this year, many say

The traditional natural signs of the season are missing.

But I think we can all agree that summer is now firmly in place, which is why many people in Japan are surprised not to see some traditional signs of the season.

Let’s start with what is usually the first summer event of any given year that the Japanese look forward to: blooming hydrangeas, which occurs in June, just as the country enters the rainy season portion of summer. Japan loves seasonal flowers, and hydrangeas have the advantage of staying longer than the famously short-lived cherry blossoms. This year, however, they have come and gone with sakura-like rapidity due to record heat and much lower than normal rainfall. “I wouldn’t say the hydrangeas here have wilted. I would say they burned. said a resident of Chiba prefecture during a survey by the Japanese organization Weather News, with another participant from Mie prefecture noting that the usually very colorful petals “they turned brown, as if they had taken on a tan! »

Moving on to something that no one personally misses, however, the Japanese also noticed much less mosquitoes This year.

Usually mid-June is the start of a two to three month period in which if you spend more than a few minutes outdoors in a short-sleeved shirt, shorts, and/or open-toed shoes, you can expect to come home with ferociously itchy mosquito bites on any exposed flesh. This year, however, there has been much less bloodsucking insect activity. Generally, mosquitoes are active when the temperature is between 25 and 30 degrees Celsius. (77 to 86 degrees Fahrenheit). Once temperatures are higher than that, even mosquitoes don’t want to be outside in the heat., and will take refuge in the shade of trees and other leafy foliage. With many parts of Japan hitting daytime highs in the mid-30s this summer, even once the sun goes down, it’s often still too hot for mosquitoes to buzz aroundmaking their absence from people’s notice a 24-hour situation.

However, mosquitoes are not the only insects associated with summer in Japan. There is also the cicadawhose buzzing whine serves as an aural reminder of the season as evocative as any summer J-pop tune (although an appreciation for the cicada serenade is, as many expats will tell you, definitely an acquired taste ).

While mosquitoes are usually around all summer, cicadas usually wake up from their dormant state and begin to emerge from the ground once the rainy season is over. However, the early end to this year’s rainy season did not translate into an early appearance of cicadas. This is because, according to entomology professor Satoshi Kamiya at Kyushu University, cicadas don’t wait until the rain stops, they wait for enough rainand the lack of precipitation, combined with intense heat, keeps more dormant than would be the case in an average year.

Although it’s too late for a return of hydrangeas, the rainy forecast for most of Japan for the next week means we could see an upsurge in summer insects, and “Japanese summer!” Atmosphere, soon.

Sources: Weather News via Yahoo! Japan News via Jin, Nishi Nippon Shimbun
Top image © SoraNews24
Insert image: Pakutaso
● Would you like to be informed of the latest SoraNews24 articles as soon as they are published? Follow us on Facebook and Twitter!