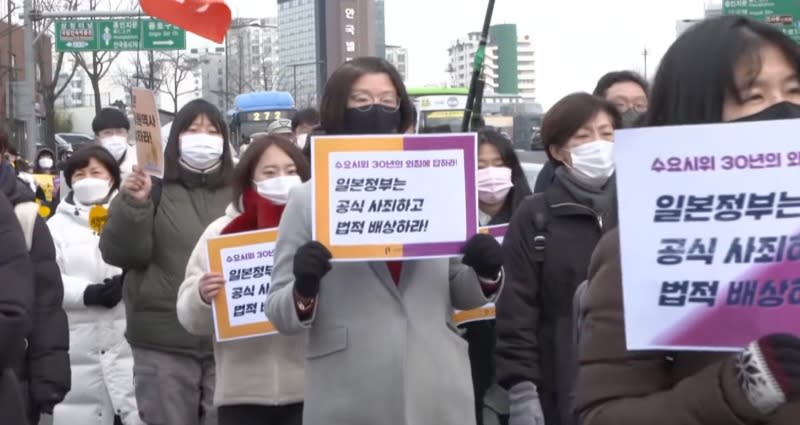 South Korea on Tuesday filed a lawsuit against Japan for approving history textbooks that officials say “distort historical facts” about the sex slavery and forced labor imposed on Koreans during World War II.

The new history textbooks were approved by Japanese authorities on Tuesday for study by second and third year high school students from 2023.

South Korean Ministry of Foreign Affairs (MOFA) written in a statement saying the government had “deep regrets” over the misrepresentation of historical facts presented in the textbooks.

According to Yonhap News Agencythe manual changed the phrase “forced mobilization” to “mobilization” or “conscription” when referring to the forced labor Koreans had endured during World War II.

According to the statement, the textbooks made “futile claims” about Japanese ownership of the Dokdo Islands, which Korea has has already protested.

“We strongly protest against the Japanese government’s approval of manuals containing frivolous claims to Dokdo, which is our inherent territory historically, geographically and by international law, and clearly state that we cannot accept any Japanese claims to Dokdo,” said MOFA spokesperson Choi Young-sam. in a report.

They also demanded in their statement that Japan take responsibility by resolving issues and making sincere efforts “based on the spirit of responsibility, apology and remorse.” expressed by the Japanese government itself in the Kono Declaration in 1993 and the Korea-Japan Agreement on the Issue of “Comfort Women” Victims in 2015.”

The issue of acknowledgment of the history of sexual slavery imposed on Koreans by the Japanese during World War II is an ongoing dispute between South Korea and Japan. This month, 93-year-old sex slavery survivor Lee Yong-soo demanded that the United Nations take action against Japan, demanding a formal apology and acknowledgment of full responsibility. Lee and survivors from several other countries have petitioned the UN asking for the case to be taken to the International Court of Justice.

Japanese princess to reject $1.36 million payment for royal women, who are expected to live as commoners in the US after marriage