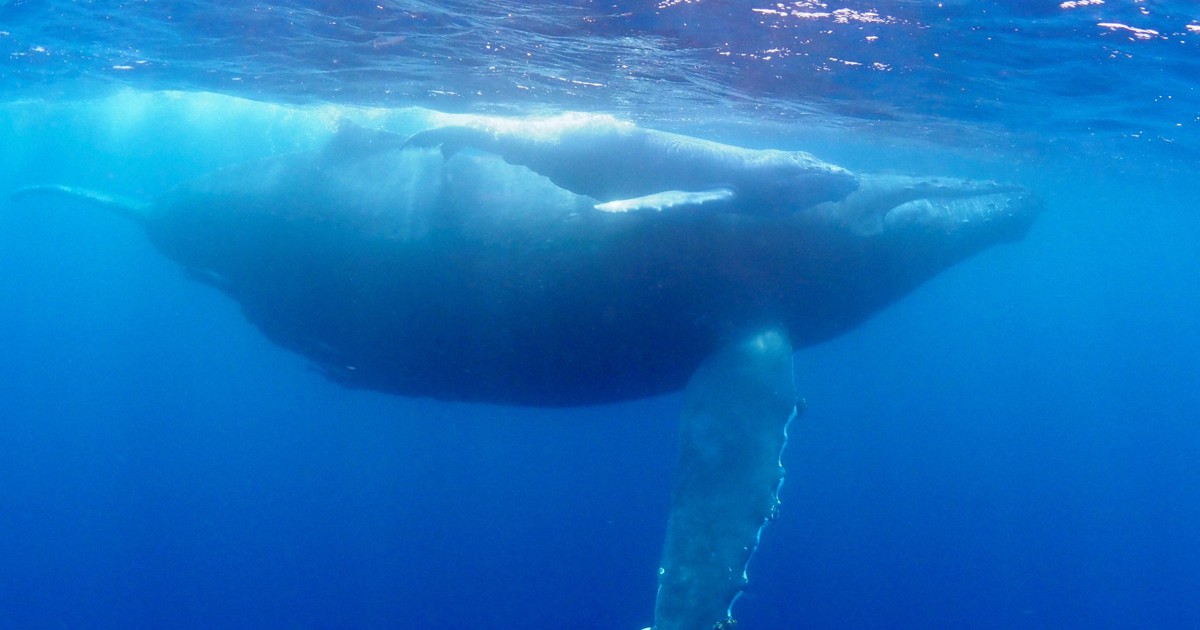 AMAMI, Kagoshima — A record 1,750 humpback whales were seen migrating to the waters around Amami-Oshima Island in Kagoshima Prefecture, southwestern Japan, between December 2021 and March 2022, according to observations by the Amami Whale and Dolphin Association.

Association president Katsuki Oki believes the seas off Amami are calm and provide a comfortable environment for the whales.

According to the association, the number of humpback whales seen this season was about 1.6 times the number of 1,097 last season. The first humpback whale was seen in the waters off Kasari on December 7, 2021, and peak traffic was between late February and early March. Many pods headed south through February, while large numbers headed north from March.

The association also confirmed the migration of 158 mother-calf groups. Oki commented: “There were a considerable number of apparently newborn calves. There were even mothers and calves that stayed for up to 10 days, and we believe the waters off Amami are suitable for whales. humpback to raise their young.”

Meanwhile, a record 4,961 people have joined local whale-watching tours this season, according to counts from 13 association member companies. “Whale swims”, in which tourists swim in the sea while watching whales, were a particularly strong draw, with 2,872 participants.

Humpback whales are between 11 and 14 meters long and weigh around 30 tons. They spend their summers off the Kamchatka Peninsula in eastern Russia and migrate south to waters around Amami and Okinawa Prefecture during the winter breeding season.