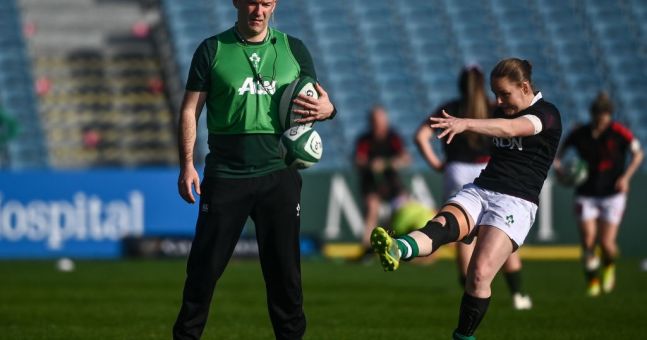 IRELAND will face Japan in the first match of their two-part series against Japan tomorrow morning.

Greg McWilliams has selected a number of players for the test, who have never won a cap for their country.

The Irish will face a Japanese team, ranked 12th in the women’s rugby standings

Here are some details for the game against Japan tomorrow.

TG4 will have live coverage of the game, coverage begins at 10:40 a.m.

RTE.ie/sport and the RTÉ News app

What is Greg McWilliams

“It’s a hugely exciting time for everyone involved in the program as we prepare to face Japan in these two summer tests and for us it’s all about hard work, development and opportunity. .

“With that in mind, it’s exciting to include a number of young players this weekend and we’re all looking forward to seeing them step into the green shirt after working so hard over the past two months.