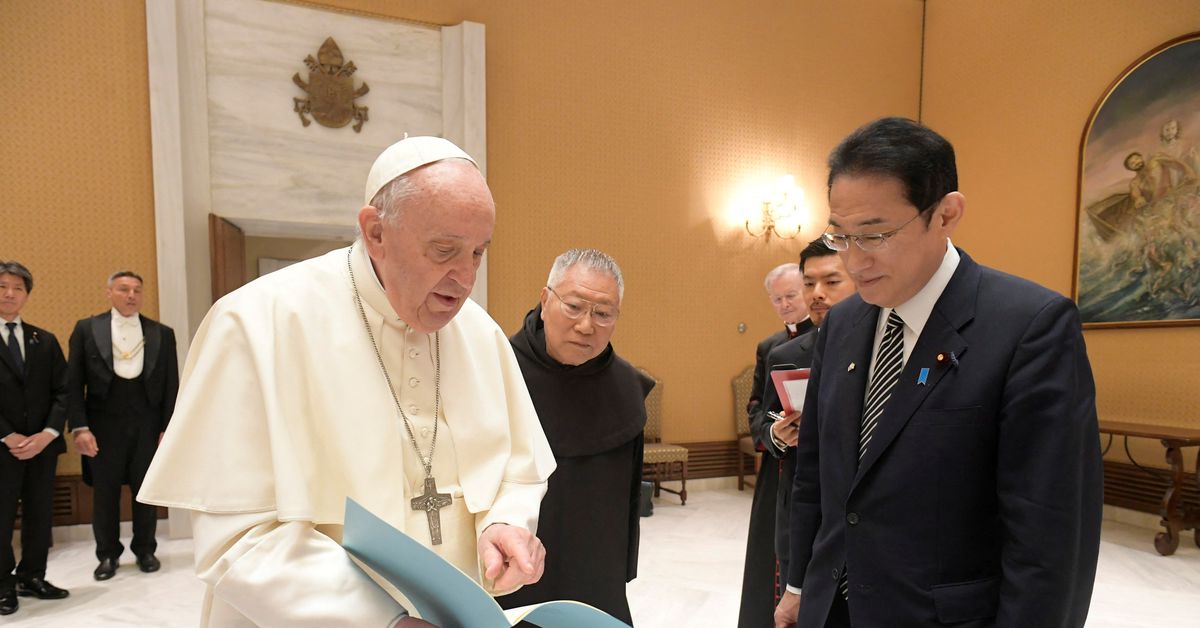 VATICAN CITY, May 4 (Reuters) – Pope Francis and the prime minister of Japan, the only country hit by atomic bombs, met on Wednesday and discussed their shared hope for a world without nuclear weapons.

Francis and Fumio Kishida met for about half an hour in a Vatican audience hall reception room just before Francis held his general audience in front of thousands in St. Peter’s Square.

“They talked about nuclear weapons and the fact that their use and possession is inconceivable,” Vatican spokesman Matteo Bruni said.

A separate Vatican statement said that in subsequent discussions with senior Vatican diplomats, special attention was given to the war in Ukraine, “underscoring the urgency of dialogue and peace and expressing hope, at this end, of a world free of nuclear weapons”.

Since Russia invaded its neighbor on February 24, Francis has repeatedly raised a possible nuclear conflict resulting from the war. Read more

The pair met the same day the Russian Foreign Ministry announced sanctions against 63 Japanese officials, including Kishida, for engaging in what it called “unacceptable rhetoric” against Moscow. Read more

During his visit to Japan in 2019, Francis visited Hiroshima and Nagasaki, which in 1945 became the only cities to be hit by atomic bombs, and called on world leaders to ensure that nuclear weapons are not never used again.

Francis supports a UN treaty to ban nuclear weapons and said even possessing them for deterrence is immoral.