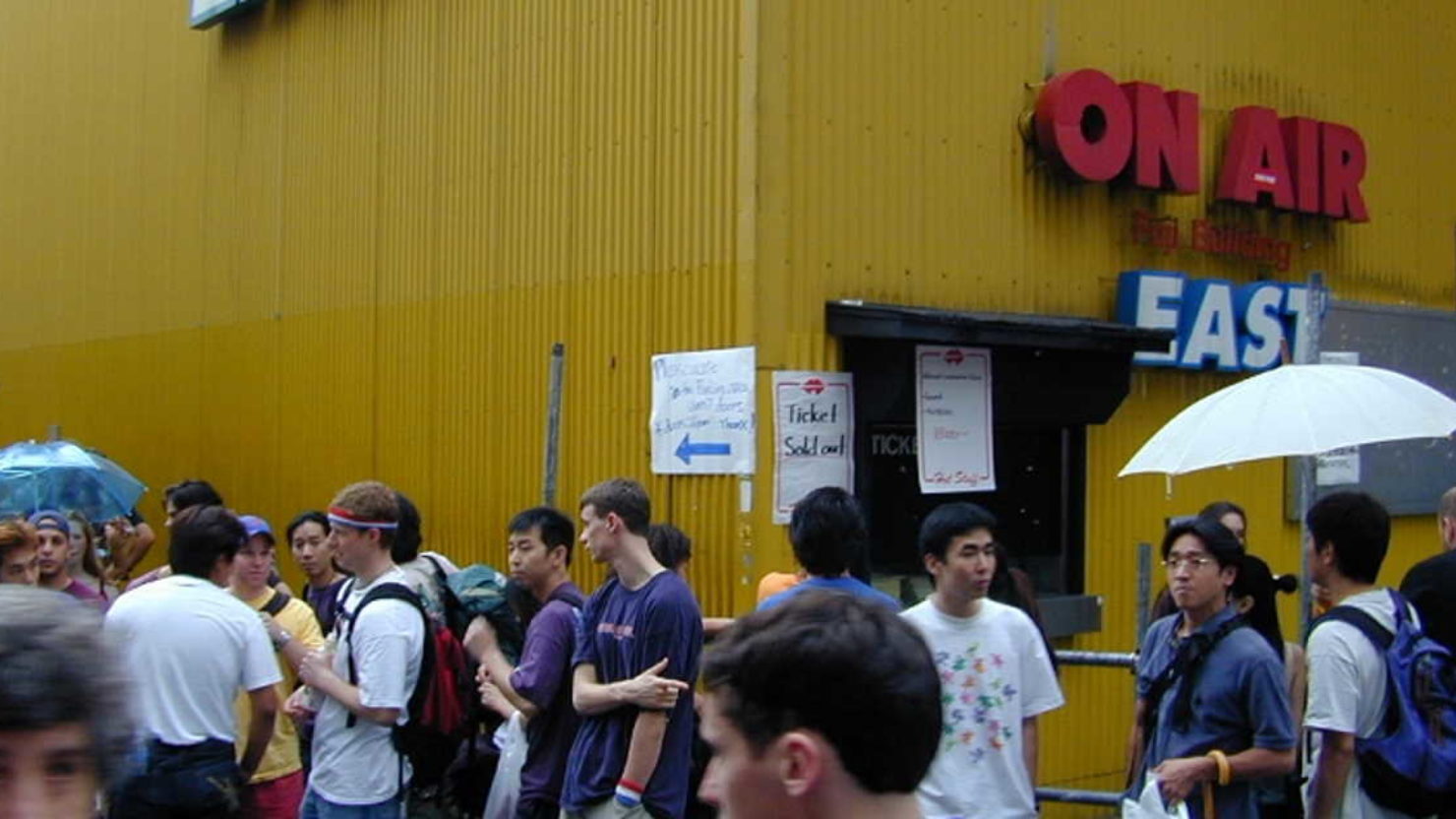 Twenty-two years ago today, Phish began their first and only tour of Japan after an appearance at Fuji Rock Festival the previous summer. The band consisting of guitarist Trey Anastasio, keyboardist Page McConnell, drummer Jon Fishman and bassist Mike Gordon kicked off the seven-show series at On Air East in Tokyo and followed it up with gigs at Tokyo’s Zepp and Hibiya Outdoor Stage before to go to Nagoya, Fukuoka and Osaka.

JamBase asked Dave Calarco to document his experience attending every show on the tour and he did so under the alias “Mr. Minor.” It was Calarco’s first time writing about music, but it certainly wouldn’t be the last. In 2008 Dave started Mr. Miner’s Phish Thoughts blog, which was so popular it landed a spot on JamBase’s 20 For 20: Fan Sites list. A few years later, Calarco published the 650-plus-page book Mr. Miner’s Phish Thoughts: An Anthology By A Fan For The Fans. In honor of the anniversary from the start of Phish’s famous tour of Japan, here are Calarco’s thoughts on the opening night when it aired on JamBase in 2000:

The Japan Tour has therefore begun, and in large numbers! Phish kicked off the craze that will soon be known as Japan Tour 2000. I’m here to bring you what you need to know about everything you might never have heard of anywhere else. As a warning, because I know Phish can be a touchy subject for many of you, I’ll highlight some particularly fantastic parts of shows for you without trying to analyze the music too much. Consider my column a sign pointing those of you who couldn’t be there in the right direction of Phish’s epic jams, ones you might want to try and get your hands on and hear for yourself. Take it for what you will, and please don’t be offended by what I write as I’m trying to help the community by letting you know what’s going on while you’re not. not here.

The On Air East, from the outside, is a relatively small yellow building, conveniently located across from an AM/PM Mart, just up the busy and bustling little side street of Dogenzaka in Tokyo’s Shibuya district. Quite modest, the exterior of the club makes one wonder how small the room would be. Yet this line of thinking was not so widespread due to the scarcity of tickets for the many Americans who had made the trip without tickets to the first, and fastest-selling, opening concert in Tokyo. Most all found a way into the club, but it was rumored that a group of around 25 people had gathered at the back door of the venue, unable to be admitted. A mixed group of Japanese and American leaders began gathering early in the streets and surrounding areas in anticipation of the coming night. There were even “Tweezer Reprise” shirts designed in the Thrasher Skateboards logo by Japanese heads, and sold for 25,000 yen, or about $25. Very cool indeed!

Upon entering the club, the privacy of the room was overwhelming. On Air East is the smallest club Phish has played in recent years, with the possible exception of the Markthalle in Germany, now famous for Slip, sew and pass (and the Fillmore in Cortemaggiore, Italy). The room felt more like my basement than a hall. Too full with a crowd of around 1,000, the expectation came to a head around 7:30 p.m. when Phish took the stage.

The first set opened with the relatively odd combination of “Axilla”, “Taste”, “Billy Breathes” and “Golgi”. The “Taste” was the only noteworthy release of note in this run. With the following songs, the meat of the set began. “Funky Bitch” was drawn in a very calm and relaxed club-funk groove. They continued the dance theme with a sick, heavily improvised “Moma Dance”, featuring many of Trey’s “Funky Bitch” licks. The funk gave way to the more driven “First Tube”, which reached blistering levels of energy from the band and the crowd.

The second set started with an experimental 30-minute “Tweezer”, which was clearly the most amazing point of the show. Starting with a polished composed section and some teasing of a 70s rock song (Joe Walsh?). The improvisation launched into a slowly building jam that stayed within the “Tweezer” theme, as Trey built the jam with his raw lead licks rather than offering rhythm licks. This section reaches an incredible climax, at which point Trey jumps on his keyboard, and then the “Tweezer” settles into a quieter section.

Led by the groove-oriented melodies of Trey’s keyboard, they cut through a section of very Far Eastern-sounding grooves before turning into a rather amorphous improvisation, with each member pulling the music cohesively in different directions. They then come together and hit a groove that will build this section with triumphant improvisation. Reaching a height above the first climax, the club exploded with roars of excitement and celebration with every chord progression. The denouement of this climax featured some classic licks from Trey before turning into “Bouncin'”. (Note that the crowd was completely silent and respectful during the silent improvisation, Americans can feel free to emulate this on the US summer tour). Basically, the “Tweezer” is what should be heard by all near and far. Exploratory and multi-faceted, this “Tweezer” is the blowing jam on which a show is built. Listen to it and see how Phish imploded his first Tokyo club.

The rest of the set included a hot version of “Mango” and a tightly grooved “Jibboo” that precluded a Japanese rendition of “Meatstick” which saw the band singing the lyrics in Japanese and yet in time with the song. It was enough to make you laugh out loud and then stare in jaw-dropping amazement as they continued to rip the Japanese lyrics while Mike and Trey taught Tokyo the Meatstick dance. The “Meatstick” is going international, baby! And there’s nothing your gripping non-stick heads can do about it!!

Expecting a short encore after a stunning show, Phish came out and unleashed a “YEM”, throwing you the left hook you never saw coming. As they always do.