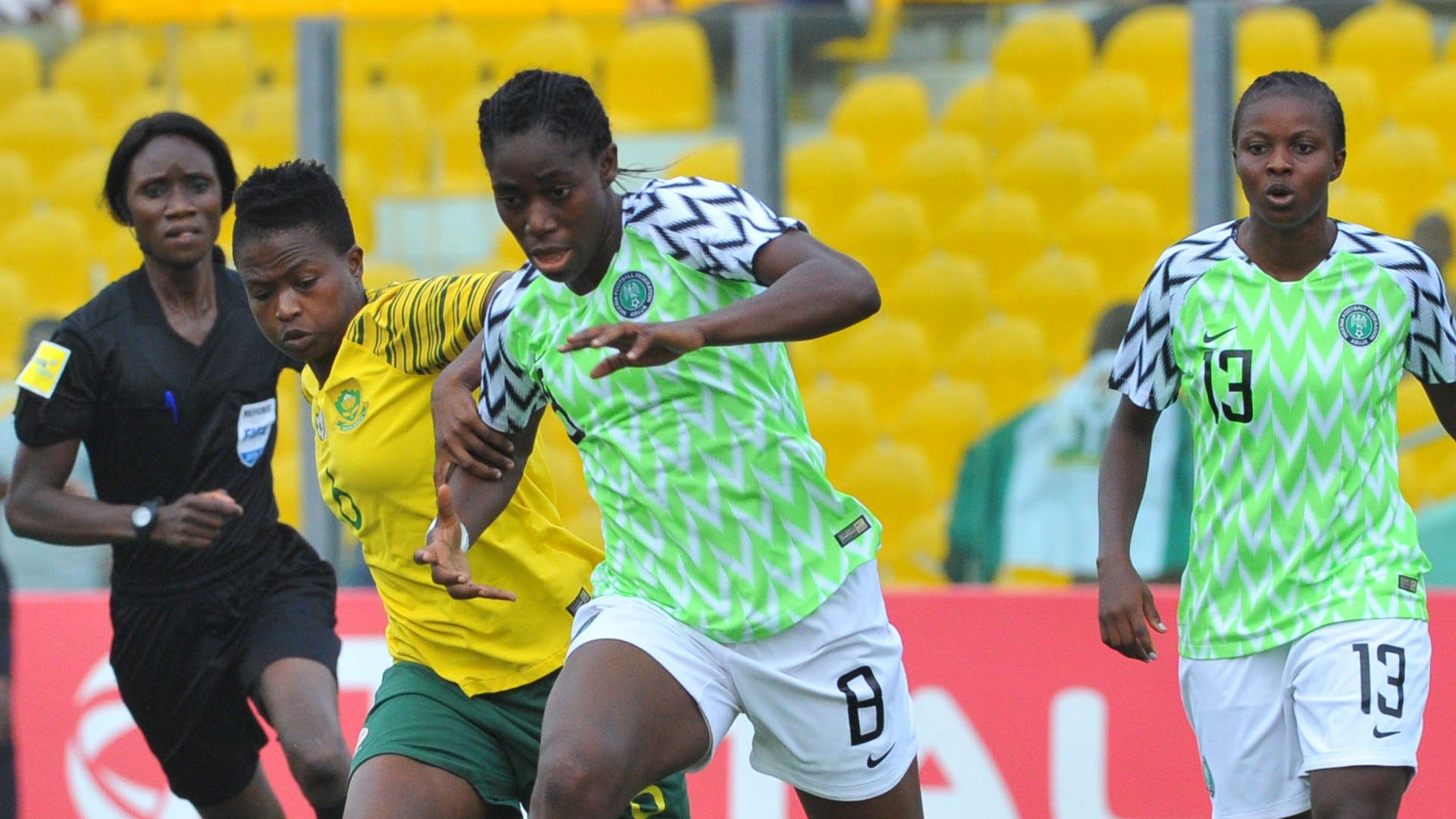 His presence would be a huge boost for the West Africans, who lost two of their friendlies in September

Barcelona Femeni striker Asisat Oshoala is back for Nigeria ahead of the Super Falcons’ friendly against Japan on October 6.

The Ballon d’Or nominee is set to feature for the nine-time African champions for the first time since suffering the injury in July in Morocco.

She was injured in the Super Falcons’ 2-1 loss to eventual champions Banyana Banyana in the opening match of the 2022 Women’s Africa Cup of Nations.

Since the Wafcon campaign, where they finished fourth, Nigeria have played two international friendlies against the United States of America.

On September 3, the African giants were beaten 4-0 at Kansas before another loss – by a 2-1 margin – followed in Washington DC on September 7.

The 27-year-old’s return to the Barcelona Femeni represents a boost for Waldrum, whose side struggled without the scoring machine against the United States.

Oshoala – who came on in the second half – played his first competitive game since July, when Barcelona beat UDG Tenerife on Saturday.

Meanwhile, coach Randy Waldrum’s 22-man squad includes four members of the U20 squad that reached the quarter-finals of the FIFA U-20 Women’s World Cup in Costa Rica in August.

A win against Japan will help ease the pressure on Waldrum, who has faced criticism as the women’s national team continues to post poor results. Recently, former Nigerian defender Ifeanyi Udeze accused him of taking the job as his ‘odd job’.

Since failing to clinch Wafcon bronze – after being beaten by Zambia in the third-place game – Waldrum’s next challenge is to try and see the Super Falcons perform better in the 2023 World Cup to be held jointly in Australia and New Zealand.

They were eliminated in the round of 16 of the 2019 edition.

Will Oshoala’s return help revive Nigeria’s hopes after defeats against the United States?