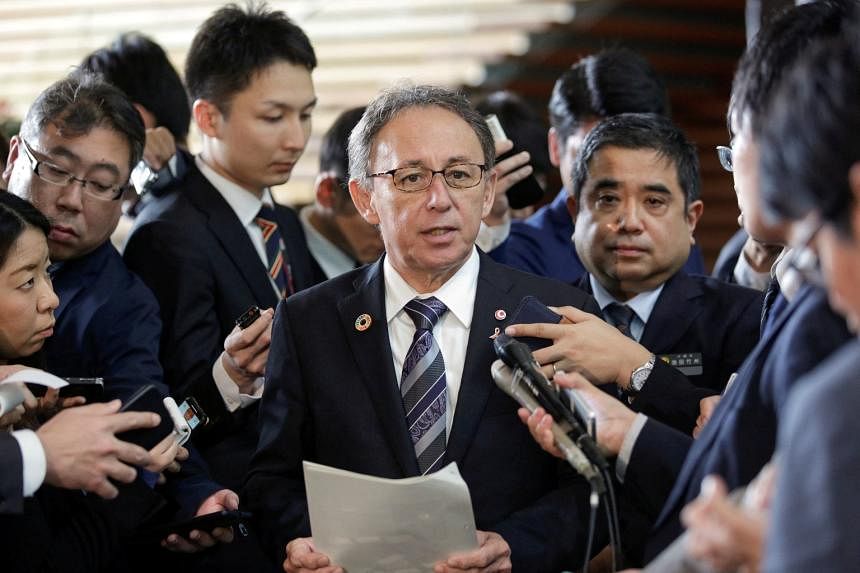 Mr. Tamaki, 62, who was supported by a coalition of opposition parties, won more than 50% of the votes cast, according to a poll carried out by the public broadcaster NHK.

He landed another four years as head of Japan’s southwestern prefecture, a chain of about 160 islands closest to the potential theater of conflict if China were to invade Taiwan.

Final results are expected Monday morning as the counting of votes cast in the typhoon-ravaged elections continues, while “very strong” Typhoon Muifa brings waves and strong winds to parts of Okinawa.

In his victory speech, Mr Tamaki stressed that he would work to strengthen the social safety net for the poor, stressing that he recognized that voters are facing bread and butter problems as a result of the crisis. economy of Covid-19.

Mr. Tamaki leads All Okinawa, a coalition opposed to Tokyo’s planned move of the US Navy base from Futenma in the crowded city of Ginowan to the remote Henoko district of Nago. The coalition wants the base moved entirely out of Okinawa.

Residents have long been frustrated with the central government’s dismissal of their frustrations: their daily reality involves noise pollution from US fighter jets, while US military personnel are blamed for crimes and fatal accidents.

Activists also argue that by hosting a disproportionate number of bases, Okinawa is basically a sitting duck should the aggressors decide to launch an attack.

The central government in Tokyo, a three-hour flight from Okinawa’s prefectural capital, Naha, maintains that the presence of US bases is necessary, both for deterrence and for immediate response in the event of conflict.

Despite decades-long promises by the central government to reduce the burden of hosting bases on Okinawa, the prefecture still hosts 70% of all US bases in Japan, despite accounting for only 0.6% of the area of ​​the country.

It is also the poorest region in Japan, with the lowest per capita income and the highest child poverty rate among the 47 prefectures.

Mr. Tamaki’s re-election will likely result in a lingering impasse over the relocation of the Futenma base, which has been underway since 1996. Construction is progressing – but slowly – amid administrative battles and civil lawsuits. Activists are also holding daily protests near the planned site.

In the latest polls in 2018, Mr. Tamaki won with 80,000 more votes than Mr. Sakima, whose campaign this year has been overshadowed by revelations about his ties to the controversial Unification Church.

Sunday’s poll was the first major election after Prime Minister Fumio Kishida reshuffled his cabinet last month amid growing public anger over the LDP’s ties to the Unification Church, branded a ‘cult’ by many countries.