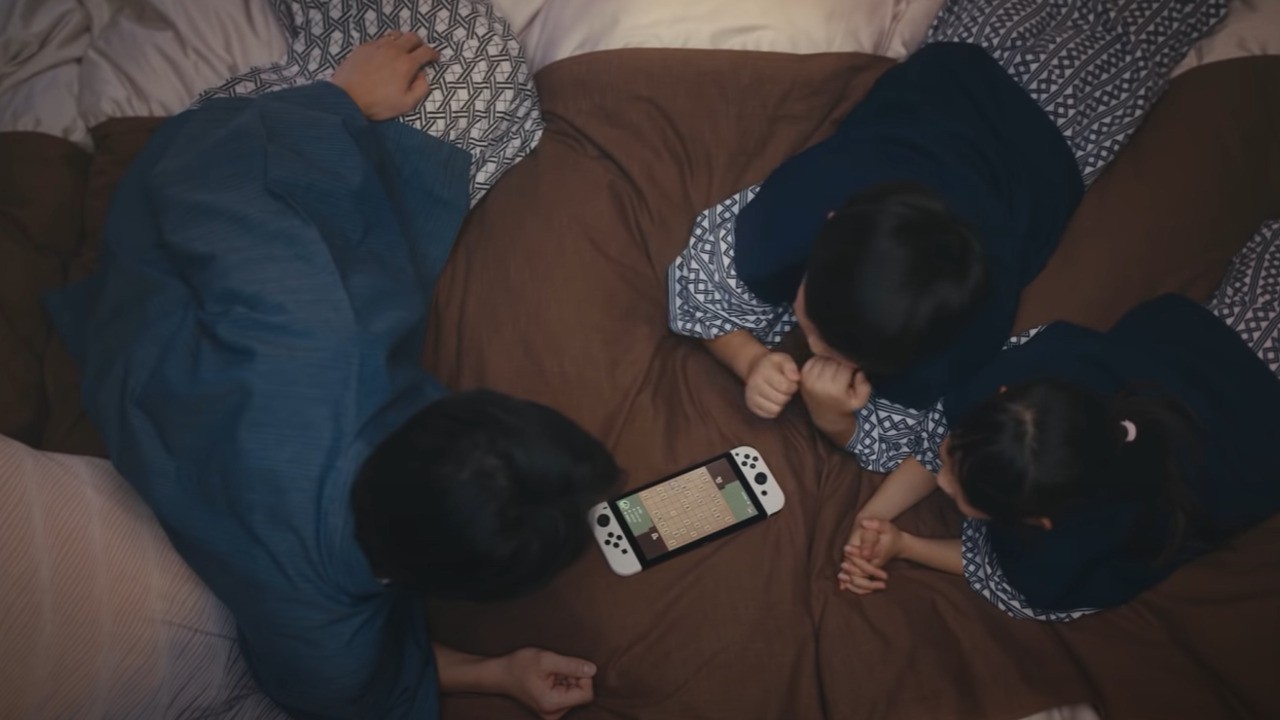 While Nintendo’s important regional teams around the world are obviously doing a great job promoting and selling the Switch, we often find ourselves admiring the warm, natural style seen in some of the company’s Japanese marketing. This is particularly evident in the extended seasonal advertisements, which often emphasize the role of a switch in everyday life.

In the first of two recent commercials above, we have a group of three people going on vacation together. It takes Universal Studios Japan, as a handy piece of cross-promotion, and also shows the band playing Switch together in a hotel. In a nice finishing touch, we start creating a memory island in Animal Crossing: New Horizons on the way back.

The second commercial, below, focuses on a family heading for a quiet vacation. The dynamic shifts to parents playing with kids, of course, and again it focuses on multiplayer games. It also sounds a bit like a clip of Satoru Iwata saying “Nintendo Switch” at the end, but we can’t be absolutely sure.

It’s interesting to see this approach to marketing, especially in Japan where the portable aspect of Switch is so vital to its appeal. It also emphasizes sharing playing time.

Let us know what you think of these ads, as always, in the comments.