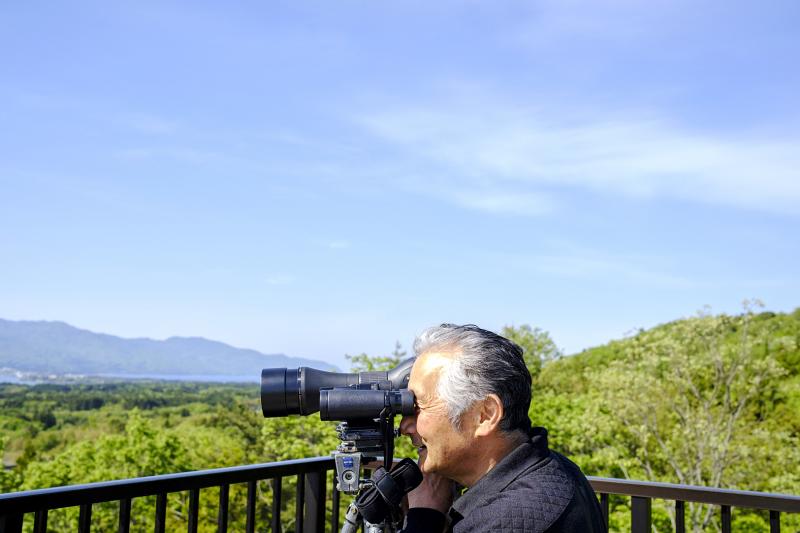 Modern Phoenix: The bird brought back from extinction in Japan

Every day for 14 years, 72-year-old Masaoki Tsuchiya has gone before sunrise in search of a bird saved from extinction in Japan.

Starting his car under a starry sky unpolluted by light, he works alone in the cold of dawn, marking observations or absences in a diary, interrupted only by the crackle of a walkie-talkie.

The bird he is looking for is called “toki” in Japanese, and its presence on his native island of Sado is testimony to a remarkable conservation program.

In just under two decades, Japan’s population of wild toki has grown from zero to nearly 500, all on Sado, where the bird’s delicate pink plumage and distinctive curved beak now attract tourists.

It’s a rare conservation achievement when one in eight bird species in the world is threatened with extinction, and involves international diplomacy and an agricultural revolution on a small island off the west coast of Japan. 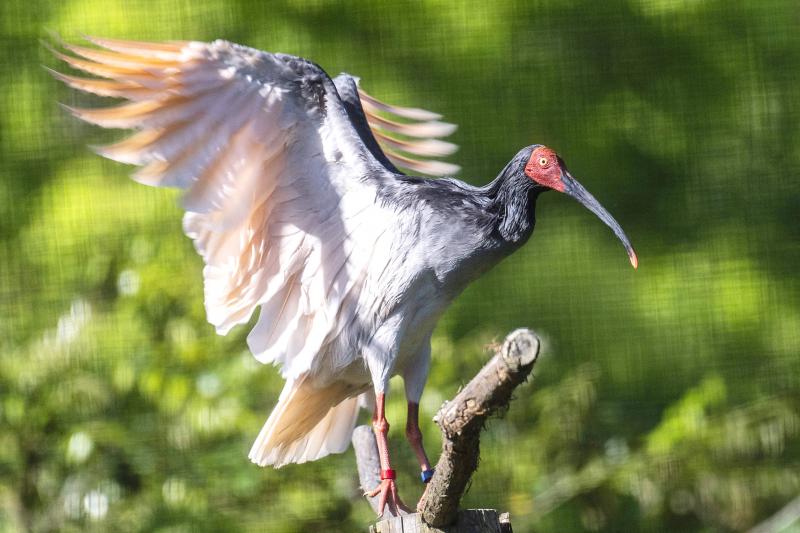 Tsuchiya, stocky and lively with a mischievous grin, doesn’t eat breakfast until he’s made all his stops, and after years of practice he can spot chicks hiding in nests through the monocular. strapped to his car window.

He points to virtually imperceptible marks on a road or wall that help him remember where to park and start surveying.

“The number I see there depends on the season,” he explains. 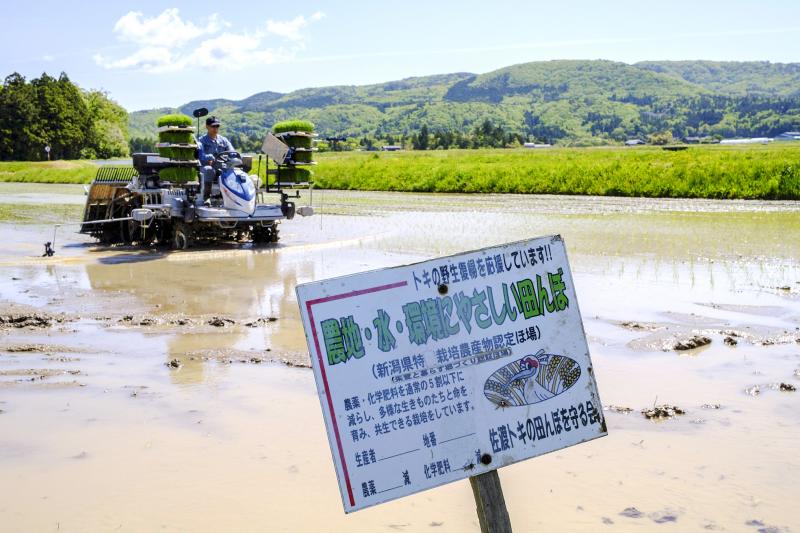 On some days, dozens of birds appear in an area, which was unimaginable in 2003, when a toki called Kin or “gold” died in a cage in Sado at the record age of 36.

Its death meant that there was not a single wild-born toki left in Japan, although the bird is so synonymous with the country that it is also known as the Japanese crested ibis.

“I knew the day would come. She was very old and frail,” Tsuchiya said. “But it was still really a shame.”

Efforts to get Kin to mate with Sado’s last wild male toki, Midori — meaning “green” — had long since failed, and she lived out her final years as a curiosity and environmental cautionary tale.

His death made national headlines and seemed to mark the end of a long and seemingly futile battle to protect the toki in Japan, where its feathers even inspired the peachy-pink word: toki-iro.

But now there are so many roaming the skies and rice paddies of Sado that local authorities have gone from discouraging keen birdwatchers to training guides to help visitors spot the local icon, and the government is even investigating the reintroduction of the bird elsewhere.

The wild toki once lived across Japan, as well as in Russia, Taiwan, and South Korea.

They were considered a pest that damaged rice plants, but during Japan’s Edo era, from 1603 to 1867, hunting restrictions meant that only high officials could actively pursue birds like the toki.

This changed in the Meiji era and as firearms became more available. Toki meat was believed to have health benefits, and its feathers were favored for everything from feather dusters to decorative frills on hats.

“In just 40 years, the toki has all but disappeared,” Tsuchiya said from an observation deck where visitors now try to spot the bird.

By the early 1930s, there were only a few dozen toki left in Japan, mostly in Sado and the nearby Noto Peninsula, and the species was granted protected status.

A new threat then emerged during Japan’s post-war growth campaign: the increasing use of chemical fertilizers and pesticides.

Toki primarily forage in rice paddies that mimic swampy wetland habitats and they are indiscriminate diners, eating everything from insects to small crabs and frogs.

The chemicals affected the birds and their food, and in 1981 only five wild toki remained in Japan, all in Sado, where authorities took them into protective captivity.

But by a strange coincidence, in the same year, a population of seven wild toki was discovered in a remote area of ​​China’s Shaanxi province, reviving hopes of the bird’s survival.

Captive birds in Sado failed to mate, but the Chinese program was more successful, and when then Chinese President Jiang Zemin (江澤民) made a historic first state visit in 1998 , he gave Japan a pair of toki.

You You and Yang Yang arrived in first class seats the following year, producing their first chick months later in an event that led national television broadcasts.

Other birds arrived from China, and over time Sado had a large enough population to consider reintroducing the toki into the wild.

But first they had to tackle the use of chemical fertilizers and pesticides in Sado.

“Back then, people didn’t think about the environment when they were growing. Their priorities were to sell the produce at a high price and harvest as much as possible,” said Shinichiro Saito, a 60-year-old rice farmer.

Farmers have been told to halve chemical fertilizers and pesticides from the level allowed by local rules, but there has been backsliding.

And some farmers didn’t see the point of other proposals like underground canals connecting rice paddies to rivers to increase the flow of aquatic life.

Local officials used a carrot and stick approach, refusing to buy rice from farmers who rejected the new chemical limits and creating a new premium brand of “toki-friendly” rice for those who did.

But Saito, who was an early adopter, said the real difference came when the first birds were released in 2008.

“It was the toki that made them change their minds,” he said with a smirk.

Even farmers reluctant to adapt were “delighted” to see a bird of almost mythical status on Sado roaming their fields.

“It’s a true story. The toki was almost like an environmental ambassador, he helped create a good environment for himself.

He still runs his own business, though the toki feather tucked into his car’s folding rearview mirror makes it clear where his heart lies.

And the breeding program has continued, supplemented by birds from China that are helping to expand the gene pool.

About 20 birds are released twice a year after completing a three-month training program that prepares them for life outside a cage.

“They are learning to fly, finding food and getting used to being around humans,” said Tomoki Tsuchiya, who is working with the local government of Sado to make the island toki-friendly.

City officials even practice farm around the birds to familiarize them with sound.

When the first toki were released on Sado, there were so many gaps in knowledge about the species that volunteers analyzed their droppings to find out what the birds ate.

There were missteps: Officials prepared a remote mountain site for the release, thinking the birds would prefer isolation, but the toki instead flew to fields frequented by farmers.

Tomoki Tsuchiya’s interest in toki was encouraged by his father, Masaoki.

But it’s a fascination shared by many on Sado, where the bird is rendered as a cute mascot on everything from T-shirts to milk cartons.

“How can I express it? Toki is so important to the people of Sado,” the 42-year-old said. “It’s like a family.”

Even after training, a toki’s future is precarious: only about half survive predators like snakes and weasels, and the survival rate of newborn chicks is similar.

But enough has flourished for Japan to expand the Sado program, and there have been successes elsewhere. The Chinese wild population now numbers over 4,450 individuals, and a South Korean project released 40 toki for the first time in 2019.

For Saito, who speaks like toki squawk nearby, the bird’s resurrection is part of a bigger achievement on Sado – a new approach to agriculture and the environment.

“When this project started, what I dreamed about the most was seeing toki flying above me while I was cultivating,” he said.

Comments will be moderated. Keep comments relevant to the article. Remarks containing abusive and obscene language, personal attacks of any kind or promotion will be removed and the user banned. The final decision will be at the discretion of the Taipei Times.