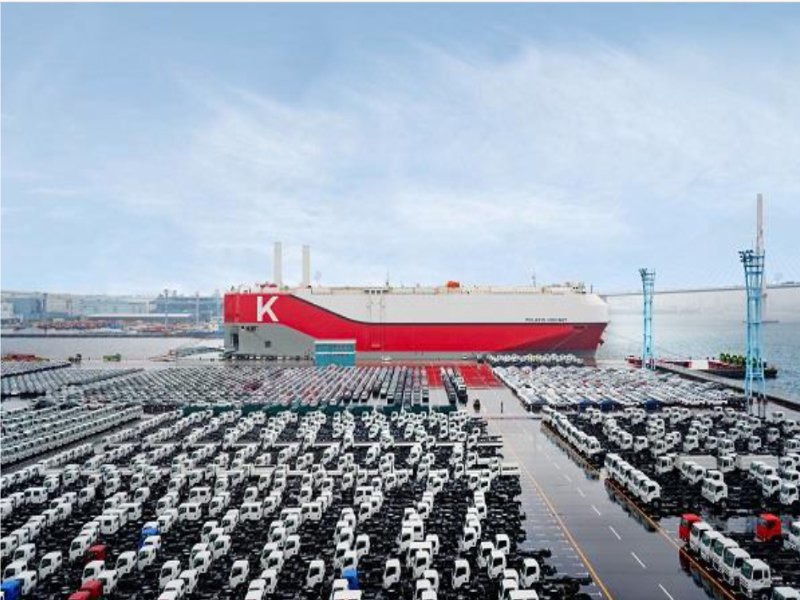 Kawasaki Kisen Kaisha (K LINE) and Daito Corporation have start operation of the Yokohama Daikoku C-4 terminal in Japan, which will use renewable energy.

Pure Car and Truck Carrier (PCTC) Ivory Arrow, operated by K LINE, made the first call to what would be the company’s first dedicated finished vehicle terminal in Japan.

Supported by a working facility with a large roof, the terminal is designed to handle various vehicles, such as general cargo, in addition to serving as an export and transshipment base for finished vehicles.

K LINE said, “The terminal will use electric power generated from renewable energy sources with virtually no CO₂ emissions.”

The terminal will receive 100% renewable energy from wind power from the blockchain-based electricity tracking service of “Minna-Denryoku”, which is operated by UPDATER Corporation.

Vessels are designed to reduce emissions while improving operational efficiency.