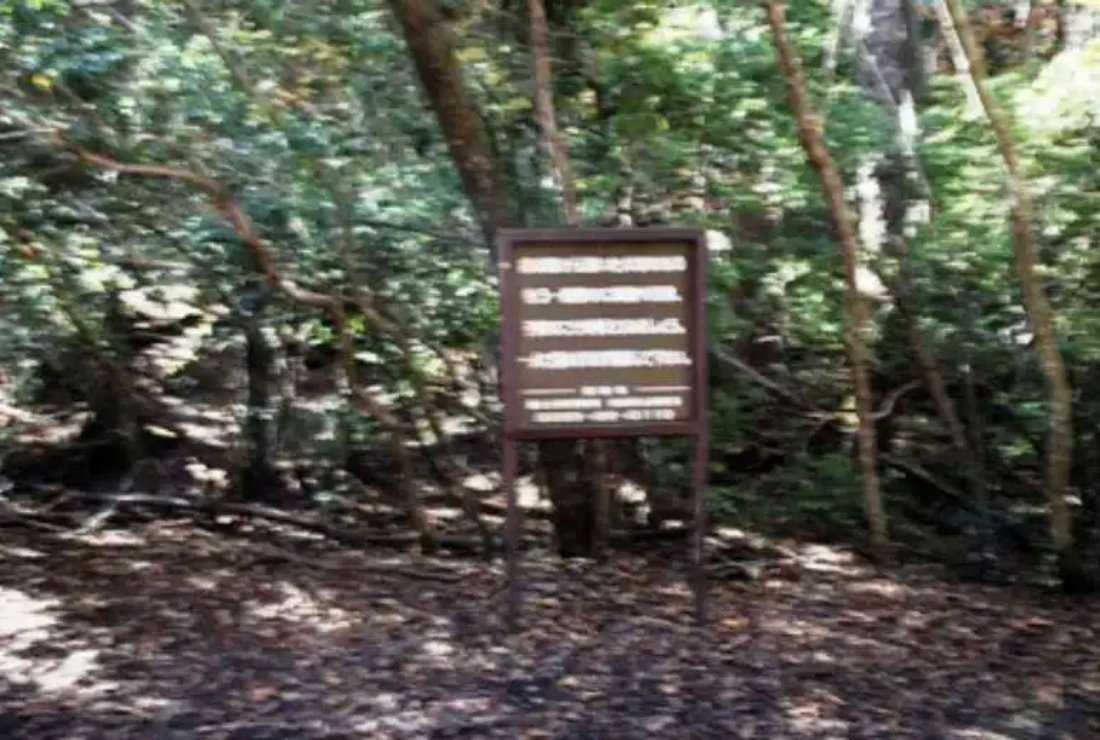 In 2019, the country passed a new law limiting overtime but it remains on paper

A suicide warning sign at the entrance to Aokigahara Forest, known as the Suicide Forest, in Yamanashi Prefecture, Japan. It reads: “Life is a precious thing that you have from your parents. Try to think calmly of your parents, siblings, your children. Please don’t keep anything to yourself. Talk to someone ‘a.” (Photo: AFP/UCAN files)

A television commercial for an energy drink in 1990s Japan told viewers that they could work 24 hours straight without feeling tired after consuming it. The claim, if made today, would be seen as an invitation to karoshi or death from overwork.

The most attractive startups today are those that offer the option of arriving late at work and working from home at least one day a week.

Yet in 2019 there were 29,169 suicides of which 1,949 or 9.7% were cases of karoshi. The specific causes are to be found in the inability to give up a commitment even if all the psycho-physiological sensors tell the body that it can’t take it anymore.

That’s what happened to Yui (pseudonym), a 23-year-old recent college graduate. She got a job at Japan’s notorious broadcast network, NHK. His aspiration was to make documentaries on social issues.

“It was last year, April 2021. I just graduated from college and was super excited to go work for them. But it was unusual from the start,” she recalls.

Yui’s first assignment was to cover the pregnancies of Brazilian women in Hamamatsu in Shizuoka Prefecture, a few hours by train from Tokyo. It was very intense work that required weeks of preparation.

“After days of hard work, I suddenly realized that my body felt strange. I felt incredibly tired. And the fatigue wouldn’t go away. That’s when I realized that I had been working for 22 days of in a row. I mean, not a single day off. Twelve hours a day, for 22 days, just working,” Yui said.

In 2019, a new labor law was passed in Japan, setting a maximum limit on overtime.

Hiroshi Sato is a social worker at rodokijunkyoku (Labour Standards Inspection Bureau) in Osaka Prefecture. “In the event of non-compliance, he specifies, the penalties are quite significant. They include a prison term of up to six months.

According to the new law, overtime exceeding 8 hours per day or 40 hours per week cannot exceed 45 hours per month or 360 hours per year. These rules came into force in April 2019 for large employers with more than 50 employees and in April 2020 for small employers as well, he said.

Yui worked 84 hours a week. That’s a 44 hour override. After three weeks, she had already accumulated a surplus of 132 overtime hours. This is more than three times the maximum authorized by the new labor legislation.

“I didn’t know about the new law at the time,” Yui said. “It wasn’t on my mind because I was just busy working. We usually take a month and a half to create a documentary.

NHK has these strict guidelines to verify information. Like the interviewee’s visa. Yui should actually check the documents to confirm what kind of work permit they have, where they live and where they work. Everything had to be in accordance with the law.

But the law that NHK adamantly adheres to when it comes to preparing the project completely ignores the treatment meted out to the people working on this project.

“It’s like sending an employee to feed a starving population while keeping those same workers without food,” Yui exclaimed.

So Yui called her boss to tell him about her condition. As soon as the boss realized that Yui wanted a break, she started saying that it was necessary to do so.

“His words were, ‘If you need a break now to make a documentary of just 10 minutes, what are you going to do when there are bigger projects to work on? “”

“She said I had to take medicine, pills. She started being insistent saying, how much money do you think we’re spending on this project? She was trying to make me feel guilty for wanting to rest for working like a slave for a month straight,” Yui recalled.

There’s a reason why in Japan they call it pawa hara or harassment of power.

Yui is not alone. Haruka is a 32-year-old reporter for a major TV channel who doesn’t have a vacation. “There is a kind of unspoken rule that you never refuse anything your boss asks for, even when [it] is something that you both know is illegal,” she said.

A few years ago, a 31-year-old NHK reporter died of overwork. Miwa Sado only took two days off in the month before his death, amounting to 159 hours of overwork.

“I remember when Sado died of heart failure in July 2013,” Haruka says. “Since then, NHK and other major TV networks like mine have made many efforts to promote a change in working hours policy. But that was only on the surface.

When Yui couldn’t take it anymore, she finally decided to go see a doctor.

“I went to see two doctors and they both told me to take at least three months off. But what angers me the most is that the death of people like Miwa Sado has not given no lesson to anyone,” she said.

NHK employs over 21,000 people for whom working long hours is a normal routine.

Yui hopes to recover from this toxic culture of illegal overwork.