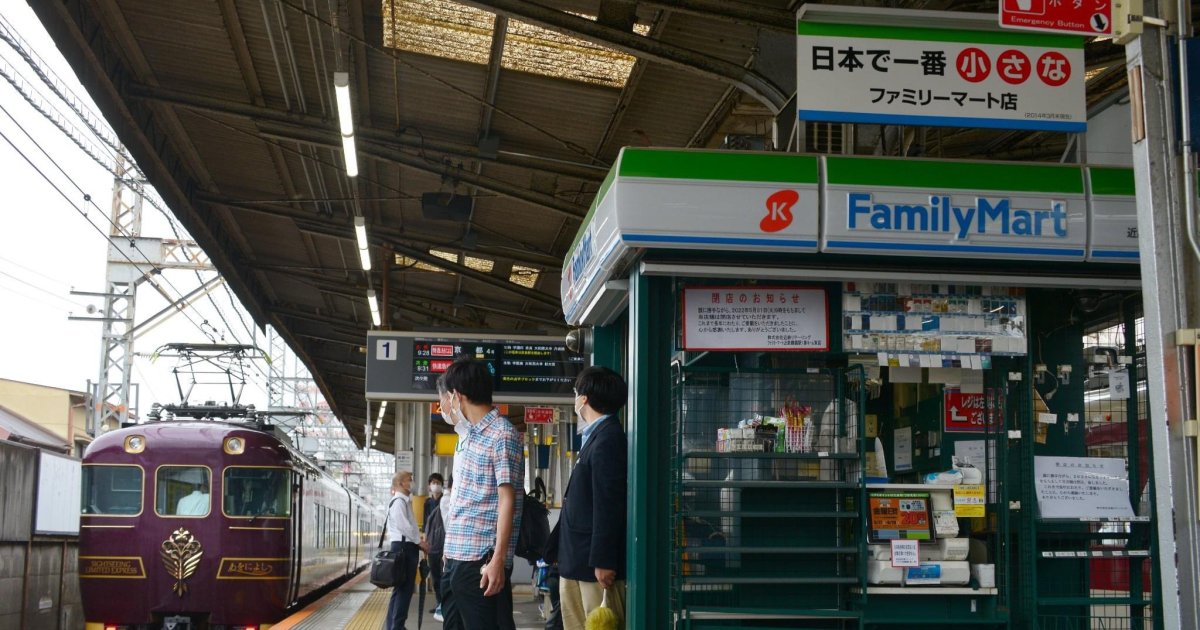 Customers say sayonara to a convenience store icon in a very unusual location.

Japan has many Family market convenience stores scattered across the country, but have you ever wondered which is the smallest of all?

This distinction goes to the Family Mart located on Platform 1 of Tsuruhashi Station in Osaka. Well, until the end of May, because that’s when the store has officially closed its shutters permanently.

The closure surprised many, with commuters spotting a notice on the store’s window just days before its last day of business on May 31. The photos below, taken by the Twitter user @miiko35504411 on May 30, show the notice, which reads as follows:

“Notice of store closure. We will be closing this store at 9 am on May 31. We are sincerely grateful for your patronage over the years. Thank you.”

The notice has been signed by Kintetsu Retailing Company”Family Mart Kintetsu Tsuruhashi Station Platform 1 East Store“. As the name of the branch suggests, this Family Mart actually sat on a station platformand that’s not the only thing that made it special – unlike most other branches of the chain, there was no sliding doors or the iconic Family Mart jingle here, as it was too small to accommodate customers.

▼ The store sat on a narrow platform four to five meters (13–16 ft) wide, with the store itself only about two by two meters in size.

These small dimensions made it look more like a platform kiosk than a conventional convenience store, but it was really a real Family Mart, as indicated by the signage above. Above that familiar signage was another sign so prominent it even had its own light, and it read:

This Family Mart was crowned the smallest in the country in March 2014, and although small “micro convenience stores” have been popping up in factories and hospitals in the years since, none have served the general public. on this small scale.

According to the staff who worked at the store, this branch of the chain remained the smallest Family Mart in the country until its closure. When that day arrived on May 31, the shelves were empty, the staff were gone, and all of the Family Mart signage was hidden under white tape.

Although no official reason was given for the closure of the branch, which appears to have missed a beat by not stocking hot foods like the chain’s legendary Famichiki, experts in Japan point out a general downward trend in stores on platforms like thisprobably due to declining sales in the face of growing competition.

With no word on what will happen to the store structure, we will have to wait and see if a kiosk will open on site or if it will be razed and replaced with vending machines. Anyway, it’s a shame they couldn’t keep the store running with the help of Family Mart’s robot storer.

Source: Norimono News via Yahoo! Japan News
The selected image: Twitter/@2014Fc93
● Want to be up to date with the latest articles from SoraNews24 as soon as they are published? Follow us on Facebook and Twitter!

FacebookTwitterLinkedinMix
2022-06-06
Previous Post: Japan is absolutely not in a situation that justifies a tightening of monetary policy
Next Post: Celtic transfer link Ko Itakura deserves praise from Japanese boss for handling Brazilian Neymar