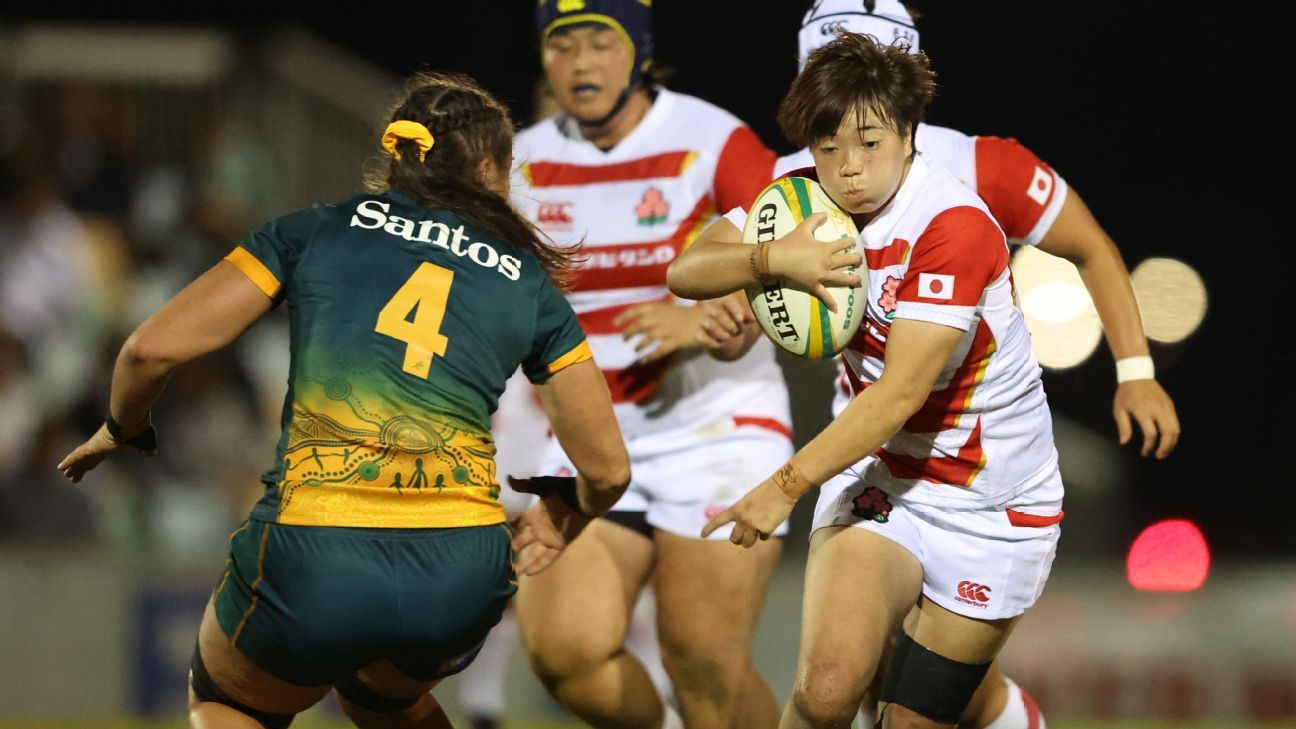 A night off with Lori Cramer’s boot and impatient play cost the Wallaroos a 12-10 Test loss to Japan.

Full-back Cramer missed both conversions and then a single penalty kick with two minutes remaining that would have won Tuesday night’s sloppy contest on the Gold Coast.

But they had mistakes elsewhere to blame for the shock loss that came after beating Japan 46-3 when they last met nearly three years ago.

Captain Shannon Parry was frustrated but, after ending a nearly 1,000-day wait between tests last week, said they could learn from it ahead of October’s World Cup.

“It was a tough test match, but we were our worst enemy there,” she said.

“Every time we returned it, they charged us.

“They smothered your attack and did it well tonight and we struggled to secure our breakdown and we failed at that (controlling the ball).

“But we’ve been together for less than 10 days now. We want to be up there at the end of the year, so it’s a really good learning experience.”

Strong in attack in Friday’s loss to Fiji, the Wallaroos were suffocated at Bond University and unable to find the patience needed in a first half that ended 0-0.


Japan’s No.10 Ayasa Otsuka drew first blood after 48 minutes, diving on a loose pass between the legs of her counterpart Arabella McKenzie to score.

Ashley Marsters had the answer for the Wallaroos, who won the ball with their powerful scrum then helped the striker push.

Kyoko Hosokawa fought back though, breaking through a supple defense after repeated penalties, before Adiana Talakai netted the Wallaroos’ second goal.

Cramer then had the chance to push the Wallaroos forward, but instead saw her fire wide, with the Japanese’s ramshackle attempts going unpunished despite protests from the back.

The visitors, who had former Wallabies Ben Mowen and Berrick Barnes among their coaching staff, then won a scrum and retained possession long enough to secure the upset victory.

“There’s a lot of thought in this jersey, not just for us on the pitch but in Japan with girls playing rugby.”

Parry and backrow partner Grace Hamilton were among Australia’s best, while prop Liz Patu’s move off the bench earned him a record 25th Wallaroos cap.

Australia will play Tests against New Zealand, the United States and Canada next month, before three more against the Kiwis World Cup hosts in August.