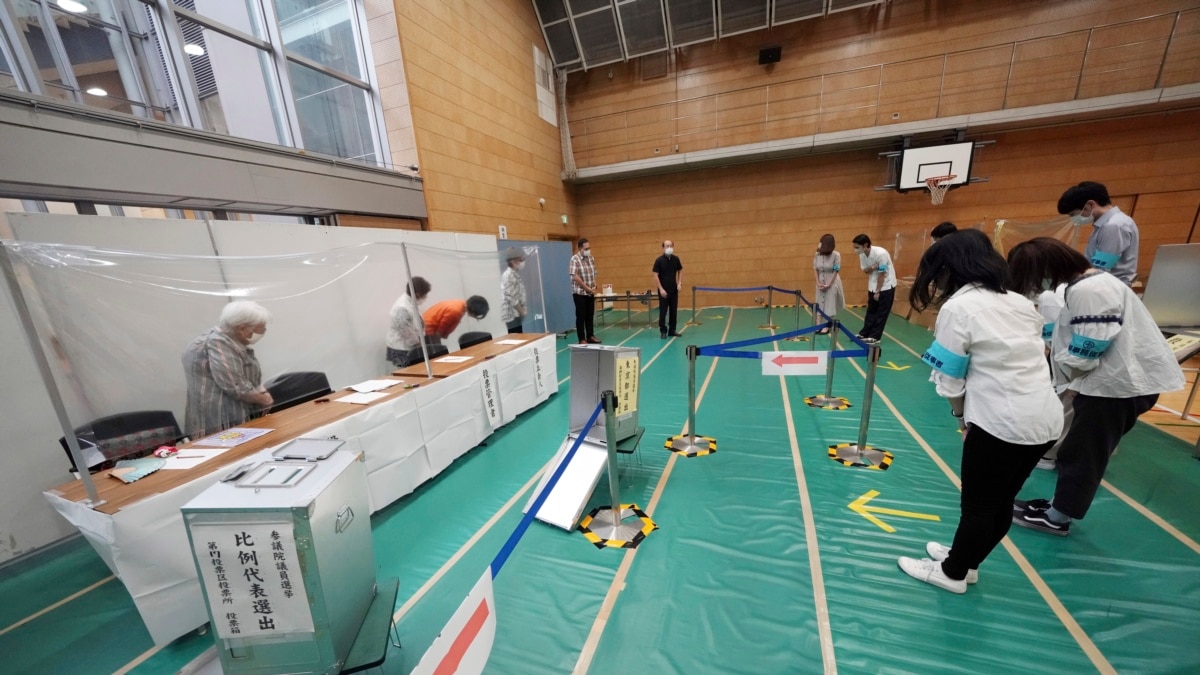 Sunday’s sweeping election victory for Japan’s ruling conservative coalition could help pave the way for a historic overhaul of the country’s dovish constitution, but analysts warn such an overhaul is far from certain, noting a split fierce public on the issue.

The ruling Liberal Democratic Party, or LDP, and its junior coalition partner Komeito have widened their majority in Japan’s upper house of parliament, according to unofficial election results expected to be finalized on Monday. Political forces backing a constitutional review also won two-thirds of seats in the chamber – a significant threshold that could make an amendment more likely.

The vote took place two days after the assassination of Shinzo Abe, Japan’s longest-serving prime minister. Abe was shot and killed Friday during a campaign event in Nara, Japan. Although he stepped down in 2020, Abe remained a powerful political broker who continued to press for Japan to take a tougher defense approach. He was a prominent supporter of the revision of the US-drafted constitution, which has not been amended since it came into effect in 1947.

Prime Minister Fumio Kishida, a protege of Abe, pledged after the election victory to move forward with constitutional review plans. Kishida said he would focus on efforts to formulate plans that could be put to a national referendum, state broadcaster NHK reported.

Kishida also said he would seek to deepen parliamentary debates on the constitution and gain public understanding, NHK added.

Any constitutional change would herald a massive symbolic shift in Japan’s post-World War II approach and spark outrage in neighboring countries that fell victim to its wartime aggression. However, it is unclear whether an overhaul effort would succeed, largely because of the deep antipathy of Japanese voters to getting involved in any military conflict.

A change to the constitution must be approved by two-thirds of both houses of parliament, as well as a majority of voters in a national referendum. Opinion polls suggest the public is deeply divided on the issue, with many voters remaining undecided.

“Kishida is unlikely to risk a national vote on the review until it’s a virtual certainty,” said Jeffrey J. Hall, a Japan politics scholar at Kanda University of International Studies.

Changing the constitution – particularly Article 9, which renounces war and prohibits the maintenance of a standing army – has long been a goal of Japan’s conservative leaders. Any unsuccessful review would amount to a major setback.

“The LDP played a long game. From the time they formed their party in the 1950s, their most conservative members, including Abe’s grandfather, have wanted to get rid of Article 9. They’ve been waiting for the day when they’re sure they can. do,” he added.

According to a poll published last week by the Asahi Shimbun newspaper, 36% of voters supported a revision, while 38% of respondents opposed such amendments. Most polls suggest the issue is not a top priority for voters.

But if a constitutional review were officially proposed, it would spark a national debate that would dominate media coverage, Hall said. “It is unclear where the large percentage of undecided voters would move,” he added.

Since Russia’s invasion of Ukraine, Japanese public opinion seems to have shifted in favor of a more robust defense policy. Under Kishida, Japan has been at the forefront of a Western-led effort to pressure Russia. Last month, Kishida became the first Japanese leader to attend a summit of NATO, the Western military alliance.

With most votes counted, the LDP appears on course for its best result in nearly a decade, with the country’s already divided opposition suffering significant losses. The election victory could give more political leeway to Kishida, who is unlikely to face another electoral challenge for another three years.

Kishida will now face pressure to at least go through with the motions to move forward on the constitutional review, said Corey Wallace, who focuses on security issues at Kanagawa University in Yokohama.

“But I don’t know if Kishida will believe that’s the best use of his political capital. He has his own economic program and over the next six months he will be making decisions on what to do with Japan’s defense, including how much to spend on defense spending,” Wallace said.

The LDP aims to roughly double defense spending to 2% or more of gross domestic product over the next five years, amid threats such as China, North Korea and Russia.

However, with the cost of living skyrocketing, even some conservative politicians oppose such a steep increase.

The debate was also rocked by Abe’s assassination, which was the most prominent voice calling for a more conventional defense posture. Analysts say it’s unclear who, if anyone, can take Abe’s place.

“Without Shinzo, we don’t have a visible personality to push this agenda,” said Lully Miura, a political scientist at the Yamaneko Research Institute in Tokyo. “There aren’t that many guys like Prime Minister Abe.”