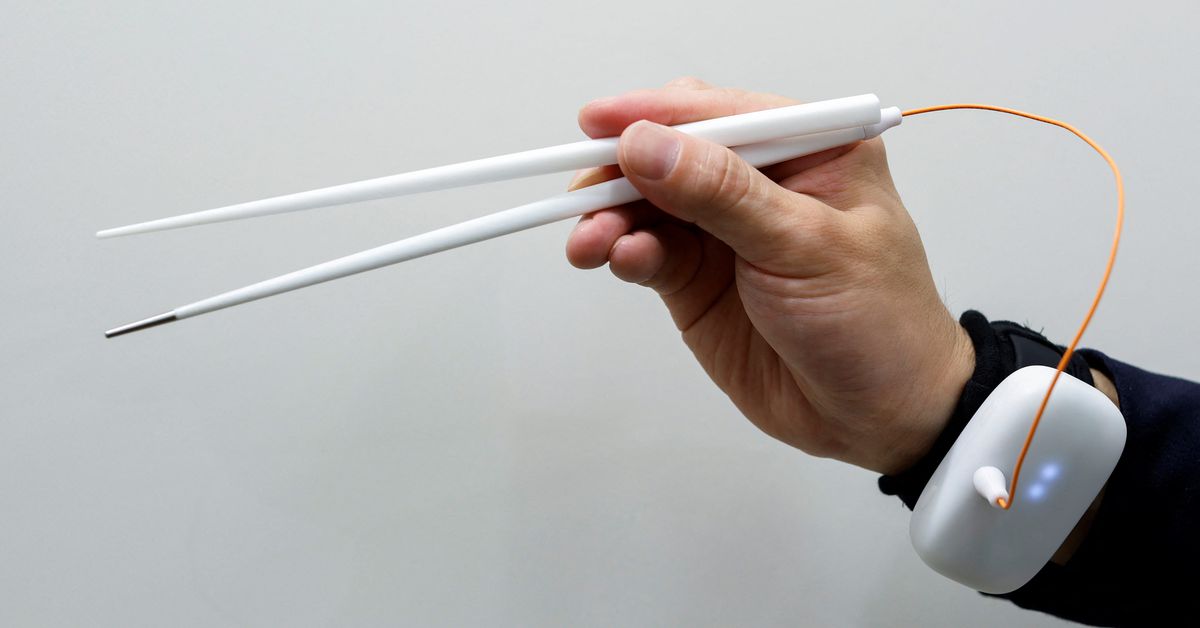 The device uses a weak electric current to deliver sodium ions from food, through the chopsticks, to the mouth where they create a salty sensation, Miyashita said.

Miyashita and her lab explored various ways technology can interact with and stimulate human sensory experiences. He has also developed a lickable television screen that can mimic various food flavors.

A Kirin Holdings employee demonstrates chopsticks that can improve the taste of food using an electrical stimulation waveform that was jointly developed by the company and Professor Homei Miyashita of the School of Science and of Technology at Meiji University, in Tokyo, Japan April 15, 2022. REUTERS/Issei Kato

Flavor-enhancing chopsticks may have particular significance in Japan, where the traditional diet favors savory tastes. The average Japanese adult consumes around 10 grams of salt per day, which is twice the amount recommended by the World Health Organization.

Excess sodium intake is linked to an increased incidence of high blood pressure, strokes and other conditions.

“To prevent these diseases, we need to reduce the amount of salt we consume,” said Kirin researcher Ai Sato.

“If we try to avoid taking less salt in the conventional way, we would need to endure the pain of cutting our favorite food from our diet or eating bland foods.”

Miyashita and Kirin are fine-tuning their prototype chopsticks and hope to release them next year.

FacebookTwitterLinkedinMix
2022-04-19
Previous Post: Cafe in Japan won’t let customers leave until they finish their work
Next Post: Japanese workers are rethinking their priorities in the face of the pandemic