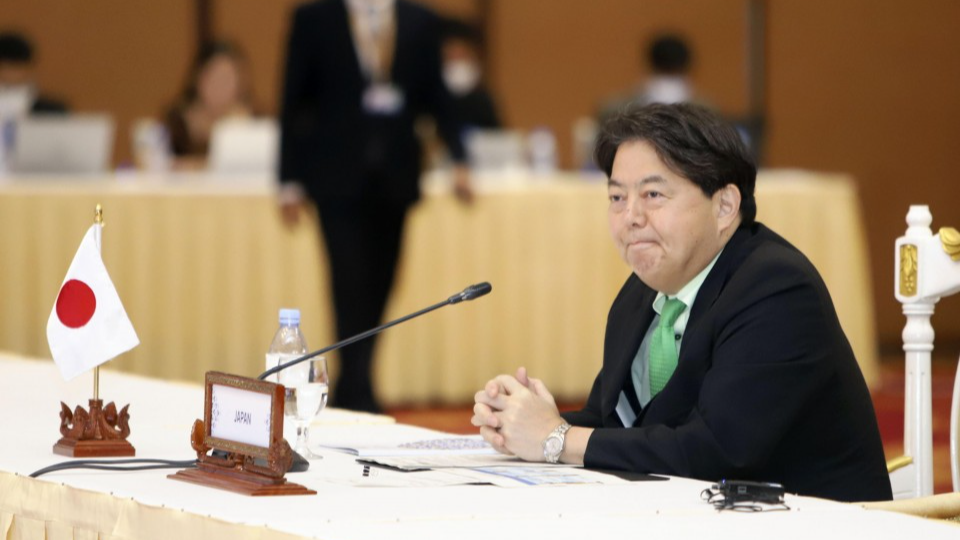 Japanese diplomacy with members of the Association of Southeast Asian Nations has become more difficult after tensions over Taiwan were revealed in a series of meetings until Friday involving ASEAN, known for its principle of neutrality towards the great powers, and its dialogue partners.

Southeast Asia has been seen as a region at the forefront of the Japan-China rivalry, but some international relations experts say Tokyo should not try to pressure ASEAN in its s he wants to maintain a relationship of mutual trust with the 10 members. band.

“The view that Southeast Asia has become the scene of a turf war is fundamentally flawed and an outdated mindset,” said Shin Kawashima, professor of international relations at the Graduate School of Arts and Sciences from the University of Tokyo.

“Southeast Asian nations would not choose sides,” he said. “Their self-esteem has increased along with their economic growth, and Japan’s relative economic power has declined, so we shouldn’t interact with them in the same way as decades ago.”

This year’s ASEAN foreign ministerial meeting, as well as gatherings involving its regional partners, including China, Japan, Russia and the United States, which were held from Wednesday in Phnom Penh, showed signs of what US President Joe Biden called an uphill struggle between democracy and authoritarianism.

The meetings began a day after US House of Representatives Speaker Nancy Pelosi visited Taiwan, which China sees as a renegade province to be reunited with the mainland, by force if necessary.

Chinese reactions included the launch of a four-day large-scale live-fire military exercise near Taiwan on Thursday using ballistic missiles, some of which fell in Japan’s exclusive economic zone.

Even before tensions over Taiwan boiled over into the annual meetings, the rift between the major democracies and the Sino-Russian camp was deep over Moscow’s invasion of Ukraine.

The major developed countries of the Group of Seven, including Japan and the United States, have introduced a series of tough economic sanctions against Russia since the start of the war in late February. China, however, has refrained from taking similar action.

In an apparent protest at Japan’s siding with the core Western alliance on Taiwan and Ukraine, the Chinese and Russian foreign ministers – Wang Yi and Sergei Lavrov – left their seats as their Japanese counterpart Yoshimasa Hayashi addressed a session of the East Asia Summit on Friday.

China also called off one-on-one talks between Wang and Hayashi shortly before the two were supposed to meet in the Cambodian capital, citing a G-7 statement it said contained “accusations groundless” against Beijing over its response to Pelosi’s visit to Taiwan. .

Tomotaka Shoji, head of the Asia and Africa division of the National Institute for Defense Studies, said rising tensions could have “a significant negative impact on ASEAN”.

Shoji suggested the repercussions of the standoff could also be felt in an unsecurity sphere, such as the 15-member Comprehensive Regional Economic Partnership Agreement, the world’s largest trading bloc.

The bloc, also known as RCEP, is made up of the 10 ASEAN members – Brunei, Cambodia, Indonesia, Laos, Malaysia, Myanmar, Philippines, Singapore, Thailand and Vietnam – as well as Australia, China, Japan, New Zealand and South Korea.

In fact, it has already become clear that the “serious consequences” that China warned of before Pelosi’s visit to Taiwan would go beyond the scope of military action.

Besides high-level military dialogue, China has suspended cooperation with the United States on climate change and legal issues.

Under the current circumstances, Kawashima said, it would be wiser for Japan, when trying to strengthen its ties with Southeast Asian countries, not to ask them to pass “a test of loyalty towards democracy”.

He said it would help Japan continue to play a major role in the region, contrasting the approach with that taken by Washington, which he described as having “a tendency to do things in a preachy way”.

Still, China’s influence in the region is growing significantly, Shoji said, referring to the results of a survey conducted this year by Singapore’s ISEAS-Yusof Ishak Institute.

In the survey, 54.4% of 1,677 respondents from ASEAN members said China was the most influential political power in Southeast Asia, compared to the United States, chosen by 29.7%. , and Japan, selected by 1.4%.

“In Japan, many people tend to take a negative view of China’s rise, but we better not label it as a negative thing for ASEAN countries,” Shoji said.

The institute’s survey also showed that 57.0 percent would choose the United States if ASEAN were forced to align with one of the two main rivals. China was chosen by 43.0%.

Meanwhile, the survey showed Japan remains the most trusted major power for people in Southeast Asia, with 54.2% expressing confidence in the country to ‘do the right thing’. to provide global public goods. The United States followed with 52.8% and China with 26.8%.

FacebookTwitterLinkedinMix
2022-08-07
Previous Post: Is low inflation in Japan and China a sign of strength or weakness? – Mish Talk
Next Post: Where traditional Japan meets Otaku culture