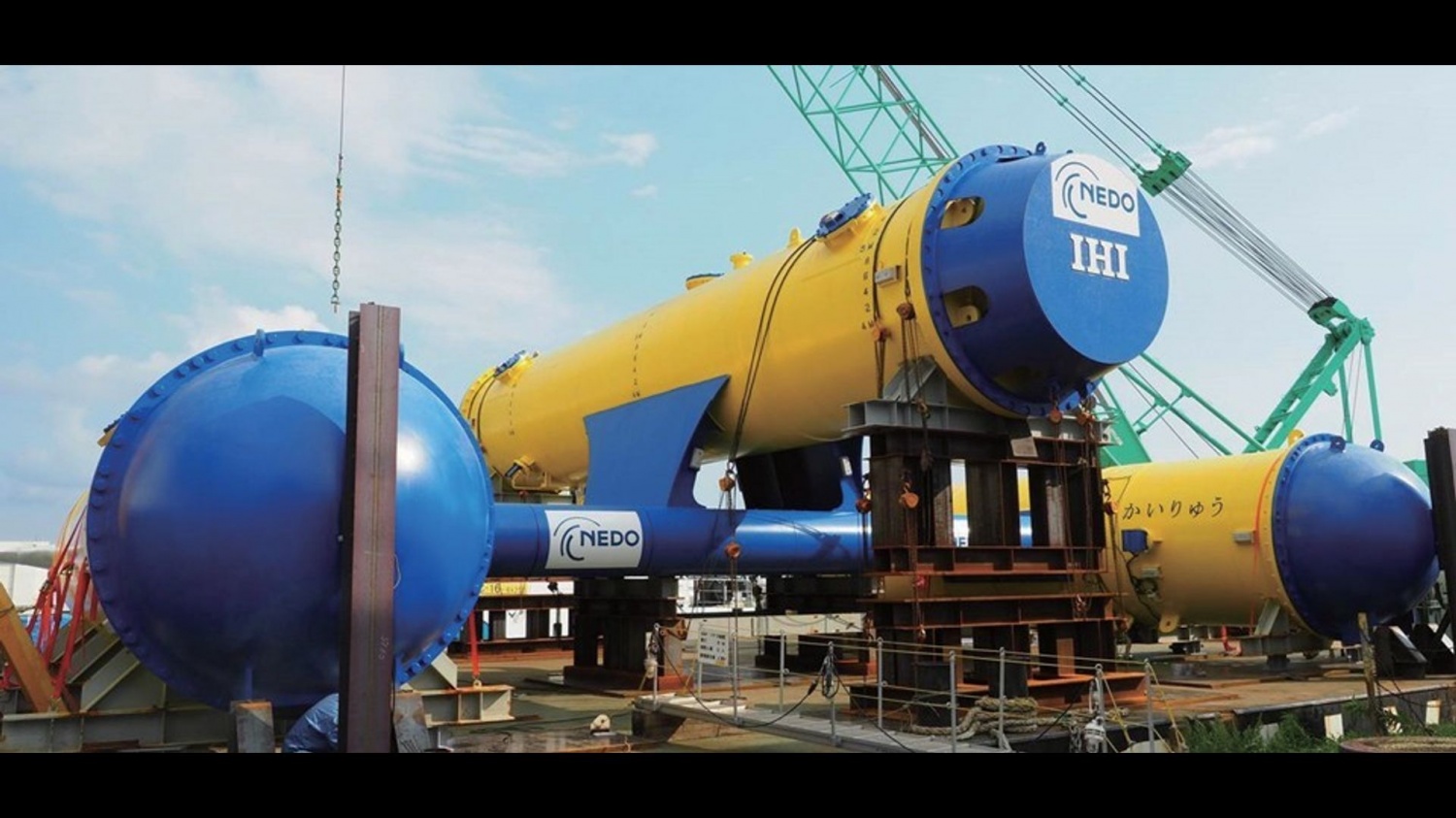 Japan could be the pioneer nation that will bring endless green energy to the world.

Japanese heavy machinery manufacturer IHI Corp. recently successfully tested the prototype of its underwater turbine which converts the momentum of deep ocean currents into a source of electrical energy, for Bloomberg.

The prototype is part of the company’s effort to provide Japan with a new source of green energy following the explosion of the Fukushima nuclear power plant in 2011, more than a decade ago, by Futurism.

IHI Corp’s deep sea turbine, named Kairyu, is a deep sea current turbine that harnesses the energy of deep ocean currents and converts their momentum into a stable and reliable source of electricity, by IHI Corp..

The turbine, according to Bloombergresembles an aircraft engine, with two counter-rotating turbine fans on each side, much like an airplane’s jets, and a central “fuselage” containing a buoyancy adjustment system.

The deep-sea turbine weighs 330 tons and is designed to be anchored to the seabed 100-160 feet below sea level.

The Kairyu was put through its paces in late May during a demonstration off Kuchinoshima Island in Kagoshima Prefecture. IHI Corp. said the prototype would be placed along the Kuroshio Current, one of the strongest ocean currents in the world.

Read more: Did you know that an airplane’s black box is actually orange? Here are some other things to know

According to Japan’s New Energy And Industrial Technology Development Organization, Kuroshio’s power could potentially generate up to 200 gigawatts of electricity, or about 60 percent of the country’s current generating capacity.

During the test, IHI Corp found that the Kairyu could produce up to 100 kilowatts of stable power, which is the expected output from the prototype.

IHI Corp. now plans to expand the prototype system to generate up to 2 megawatts that could be in commercial operation in the 2030s or later.

Ken Takagi, a professor of ocean technology policy at the University of Tokyo’s Graduate School of Frontier Sciences, mentioned that using ocean currents in Japan is a good idea because of its accessibility.

He explained that just as ocean currents are more suited to Japan, wind power, or the use of wind turbines to generate electricity, is geographically more suited to Europe, which is exposed to harsh winds. predominantly west and located at higher latitudes.

Japan is already the world’s third-largest solar power producer and is investing heavily in offshore wind power, but using ocean currents could provide the reliable baseload power the country needs to reduce the need for energy or fossil fuel storage.

Another reason why IHI Corp. wants to use the deep ocean currents is their stability. Unlike solar panels and wind turbines that require a constant flow of sunlight or air, ocean currents flow with little fluctuation in speed and direction, giving them a capacity factor of 50-70% versus 29% for onshore wind and 15% for solar energy. .

A capacity factor is a measure of how often a power plant (in this case, a green energy generator like a solar panel or wind turbine) operates during a specific period, for example duke energy.

This definition means that underwater turbines such as the Kairyu can produce electricity 50-70% of the time, which is close to the average capacity factor of a nuclear power plant above 90%.