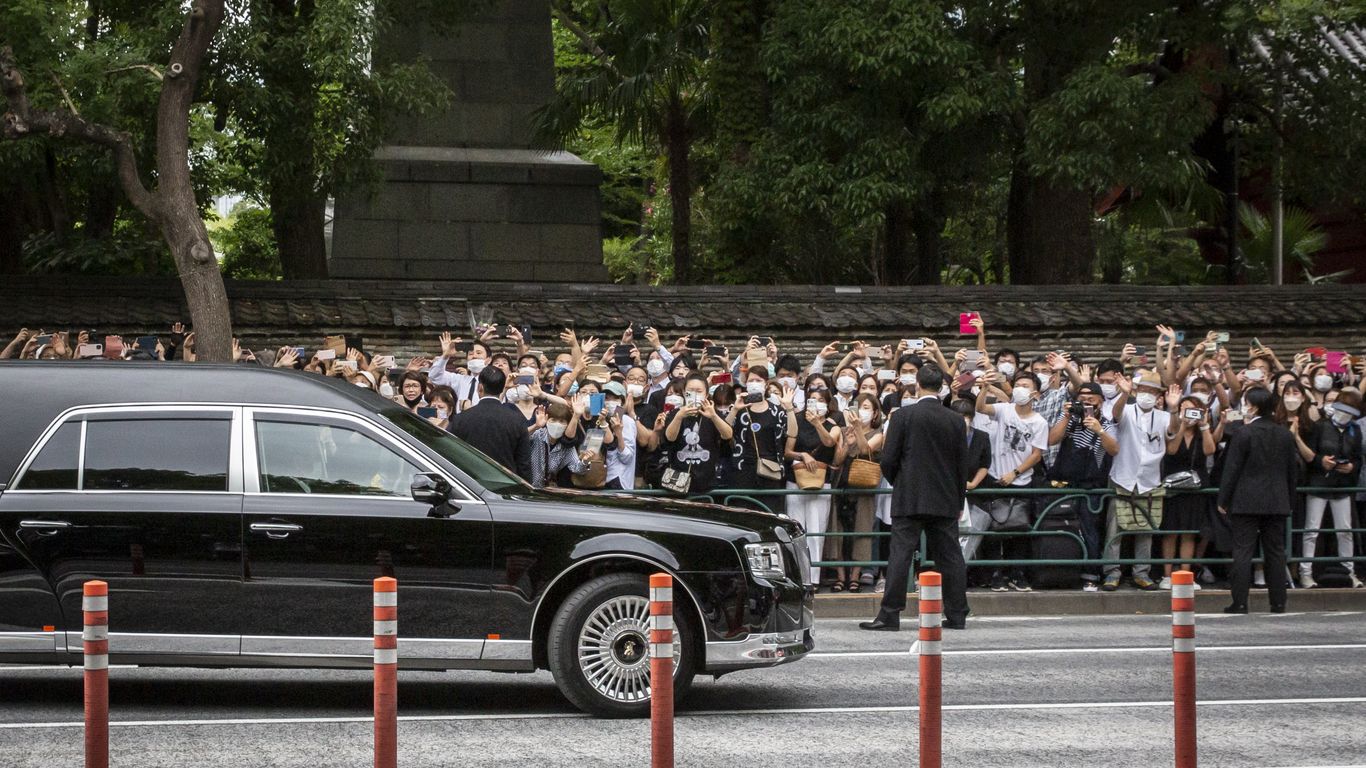 Driving the news: Family and close friends attended the private funeral Tuesday at Zojoji Temple in Tokyo, as crowds gathered outside with flowers, notes and green tea, a symbol of good luck, CNN reports.

The big picture: Leaders around the world sent their condolences and tributes to the slain leader, including Secretary of State Antony Blinken, who stopped to pay his respects during his trip from Southeast Asia to the United States. United, according to Reuters.

State of play: Police have arrested the suspected gunman, Tetsuya Yamagami, 41, who is a former member of the Japanese Navy and is said to have expressed his displeasure with Abe, per NHK.