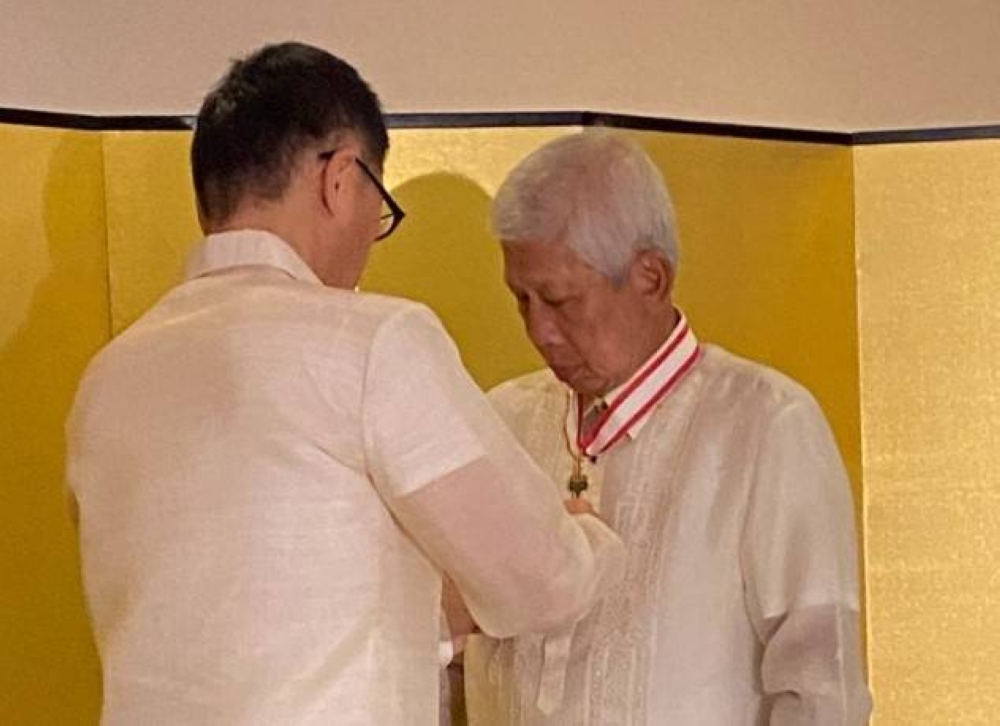 Lieutenant General Voltaire Gazmin (retired) was awarded the Order of the Rising Sun, Gold and Silver Star, at an award ceremony held at the residence of the Ambassador of Japan on May 6.

The award, presented by Ambassador Kazuhiko Koshikawa on behalf of His Majesty the Emperor of Japan, was presented in recognition of his invaluable contribution to strengthening Japan-Philippines relations in the defense sector.