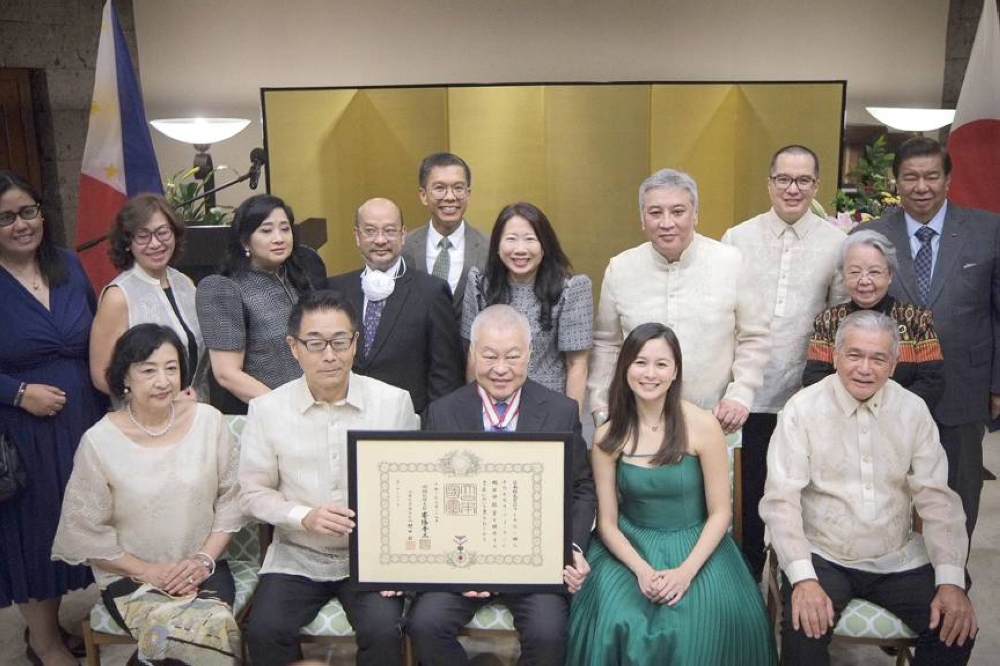 Atti. Eusebio Tan received the Order of the Rising Sun, Golden Rays with Neck Ribbon, during an award ceremony held at the Residence of the Ambassador of Japan on May 31. Due to the Covid-19 pandemic, the ceremony has been postponed for two years.

The award, presented by Ambassador Kazuhiko Koshikawa on behalf of His Majesty the Emperor of Japan, was given in recognition of his invaluable contribution to strengthening relations between Japan and the Philippines in the economic sector.

In his congratulatory message, Ambassador Koshikawa praised Tan’s many efforts to promote the Philippines as a viable investment location for a diversified manufacturing base, which greatly encouraged and made possible the entry of several Japanese investors. .

Additionally, Tan assisted in the expansion of some Japanese financial institutions in the Philippines so that Japanese business sectors could be supported financially. In 2012 and 2013, Tan also served as co-chairman of the Philippines-Japan Economic Cooperation Committee (PHILJEC) and led several bilateral dialogues.

Get the latest news

delivered to your inbox

Ambassador Koshikawa concluded his message by expressing his hope that Tan will continue to help deepen bilateral relations between Japan and the Philippines.

FacebookTwitterLinkedinMix
2022-06-05
Previous Post: Ukrainian refugees in Japan worry about the future
Next Post: Brazil face Japan in friendly with less attention for Neymar