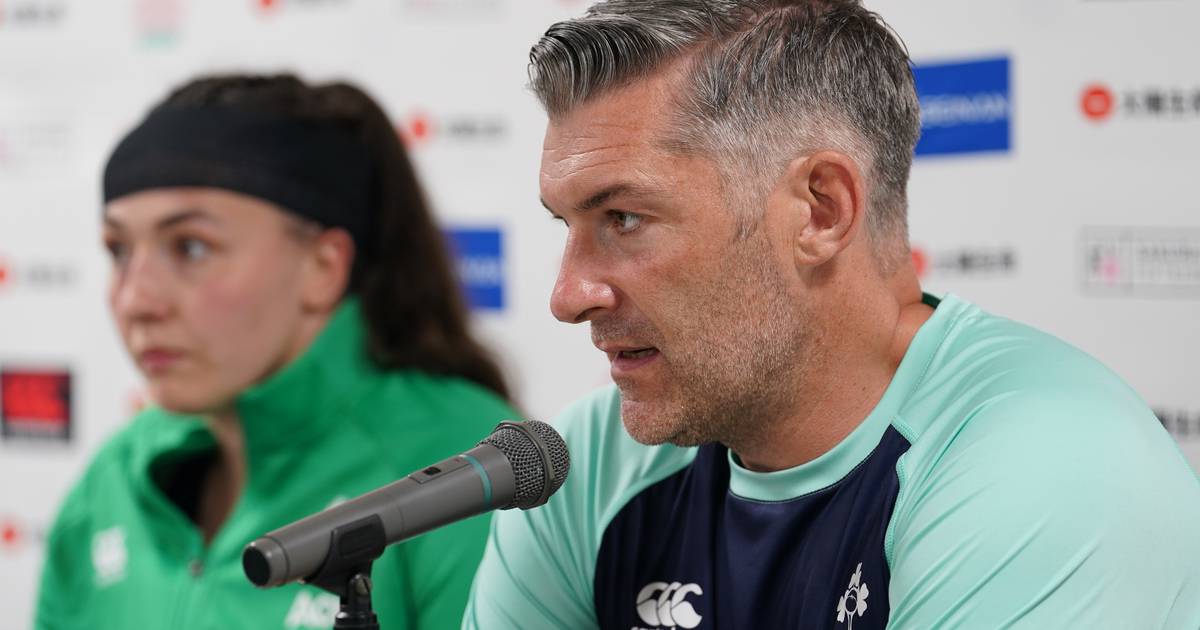 Ireland head coach Greg McWilliams has made three changes to the starting squad for Saturday’s second Test against Japan at the Prince Chichibu Memorial Stadium in Tokyo (11:00 a.m. Irish time, live on TG4) .

Dorothy Wall and Sam Monaghan are unavailable for selection through injury, while Christy Haney and Nicole Cronin, who both came off the bench last week, are also left out of the squad that beat Japan 57-22 in the first test.

Dutch-born Jo Brown, who earned the last of seven caps for England in 2019, will make his debut on the blind flank. Jess Keating and Emma Tilly are in line to earn their first caps from the bench. The baseline is unchanged, Hannah O’Connor moves to the second line to replace Monaghan while Brown replaces Wall on the blind flank.

On the bench, Emma Hooban, Chloe Pearse and Katie O’Dwyer provide frontline reinforcements, with Taryn Schutzler and the uncapped Keating, who played in America with Life University, rounding out the advanced options available to McWilliams.

The Irish head coach says he was very pleased with last weekend’s nine-try win at the Ecopa Stadium, but still wants to improve: “It was a reward for the hard work the whole group put in during the summer program, but the focus for us was to improve, grow and be better on Saturday.

“This week has been a test of our resilience as there is no doubt that the first test has taken a huge amount from the group, and as we continue this journey together we will learn a lot about the demands of test match rugby. We have already grown enormously during this Tour and we are delighted with the team selected for this weekend.

“It’s a great opportunity for us to further explore our depth and give the players the opportunity they deserve for their hard work and commitment and I can’t wait to see how they perform in the green shirt. “