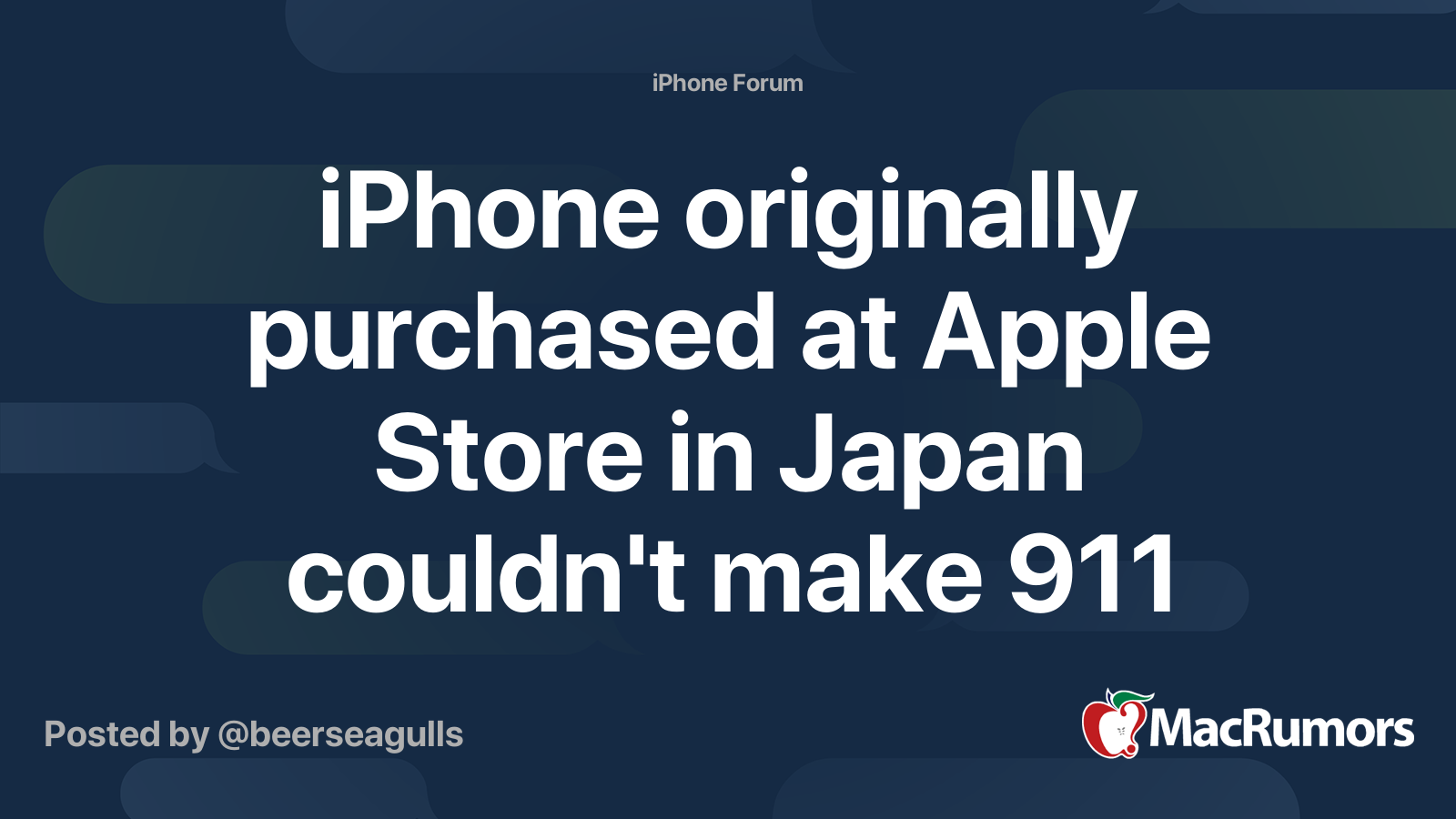 iPhone originally purchased from Apple Store in Japan couldn’t make 911 calls in the US without a SIM card?

By: John R. Dorn
In: Japan stores
FacebookTwitterLinkedinMix
I have a spare iPhone 12 that was originally purchased from the Apple Store in Japan. (I had to buy one when I misplaced my own iPhone on a trip there)

Because I haven’t had landline service in my home for over 10 years, I could only dial 911 with my iPhones. My local landline company’s cheapest plan is still $45 for a landline with no features…that’s why I discontinued the service all those years ago.

I never had to do this until early Friday morning (very early, just before 4am). I went downstairs to get some water and noticed something outside the kitchen window. My next door neighbor’s motion sensor spotlights came on and I saw someone (possibly two people) running out of the door of their vinyl fence. They probably saw me because my kitchen light was on.

My regular phones were all upstairs, so I went to the cupboard next to the kitchen to retrieve the spare iPhone. I turned it on and dialed 911. It didn’t go through. I dialed 110 (the equivalent of 911 in Japan) and that didn’t work either. Then I dialed 112. Nothing worked. I ran up the stairs and called 911 on my regular iPhone…then called the neighbor to tell them. It turned out to be nothing…the two “criminals” I saw were the neighbor’s daughter and her boyfriend trying to sneak into the house.

Early this morning, I called my local police non-emergency number and asked the officer to do a test call to local 911. He said everything was fine and waited in line while I tried. Same thing happened… iPhone 12 from Japan wouldn’t allow any 911 calls. Then I plugged in a disabled sim card from many years ago. After that, calls to 911 went very well. I told the 911 operator that I was making a test call with the permission of the police. I thanked him and hung up.

So… is this how foreign iPhones are supposed to handle 911 calls? I know that US iPhones (or any other smartphone) can dial 911 without SIM cards (even disabled ones).