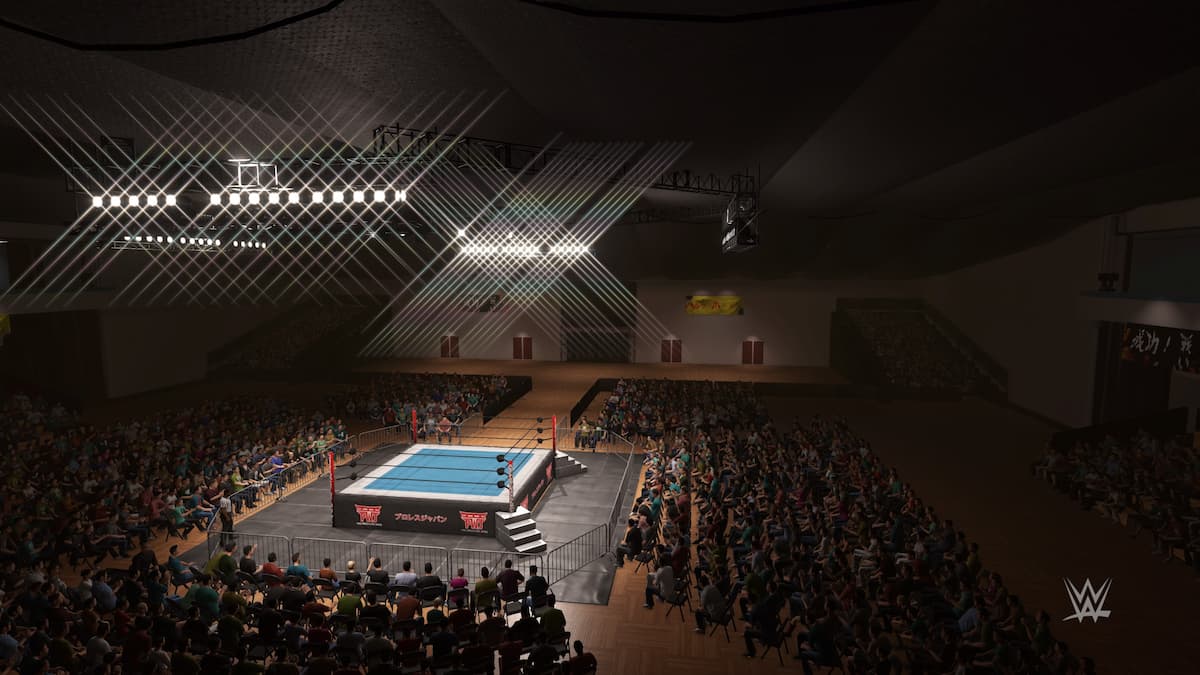 How to Unlock Japan Hall Arena in WWE 2K22

WWE 2K22 comes with several arenas that you will need to unlock if you want to use them in exhibition matches. The Japan Hall arena is one of those places, and you’ll need to head to MyRise to unlock it fairly quickly. MyRise gives you a ton of quests, many of which are optional. So we prepared a quick guide to tell you where to go and who to fight to unlock Japan Hall as quickly as possible.

We’ve unlocked the Japan Hall on the Men’s Division side of MyRise. Presumably, you can unlock it on the female side as well, but if you’re following us, you’ll want to have a male save. The first step, which we’re not sure is actually required but which you should do anyway, is to talk to Parajon Jay in the Performance Center and complete his quests. Above all, you’ll want to do the “One More Match in Japan” questline to make sure you’ve visited the country before heading to NXT.

When you get to NXT, you should come across a quest called “Sayanora Hogan”. It might not appear immediately for you, so just complete other quests until it does. This will eventually pit you against Hogan in his last match in Japan and unlock Japan Hall when completed. The arena isn’t the most impressive arena you can unlock, but it does bring the charm of an indie show with its crowded seats.