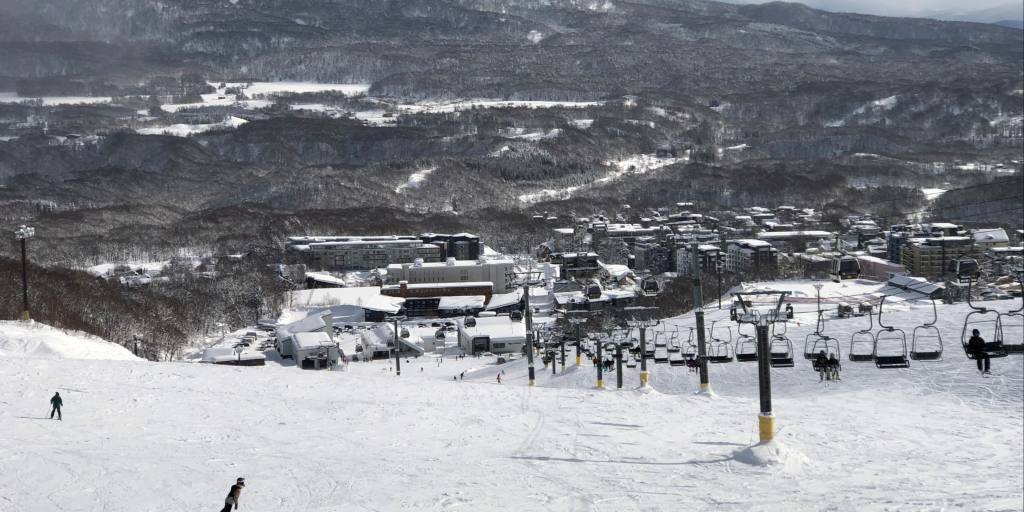 SAPPORO — With the Japanese government recently moving to ease entry restrictions for foreign tourists, Chitose Airport near Sapporo is preparing to welcome visitors again. And Niseko, a major winter resort two and a half hours drive west, is taking more bookings for the upcoming ski season.

All seems well, but there is one glaring weakness in the tourism sector in Japan’s northernmost prefecture, Hokkaido: a shortage of foreign staff.

The resort town of Niseko, which straddles the cities of Kutchan and Niseko, is a top destination in Hokkaido for affluent foreign tourists, and the foreign staff helps make their trips more enjoyable by lowering the language barrier. Niseko offers high-end accommodations, some of which cost over 100,000 yen ($740) a night. Overseas visitors made around 680,000 overnight stays in the two cities in fiscal 2018.

The Kutchan Tourism Association says 132 condominiums in the two cities had taken 1,349 reservations for the six months between November 2022 and May 2023, as of May 23 this year, with foreigners accounting for 90 percent of reservations. This is four times more than last season and just over 60% of the level observed three seasons earlier. The association attributes the rebound to a recovery in bookings from Australia and elsewhere.

The cap on daily arrivals to Japan has been raised to 20,000. Foreign tourists will for the time being be limited to guided tours of 98 countries and territories, including the United States and China. Restrictions should be relaxed in phases.

More than 3 million foreign tourists visited Hokkaido in fiscal 2018, boosting the regional economy. But foreign tourist nights in Kutchan fell 95% year-on-year in fiscal 2020 to just 20,925 due to the COVID-19 pandemic. Local businesses are pinning their hopes on the resumption of inbound tourism.

However, hoteliers in the Niseko area are far from cheerful. A personnel manager at Miru Niseko, a hotel in Kutchan, said the hotel was looking for new staff, but candidates with language skills and other qualifications were hard to find.

Hotels in Hokkaido like Miru Niseko are looking for foreign staff to meet the expected recovery in tourism demand. (Photo by Masatoshi Ida)

Both cities have seen an exodus of non-Japanese residents since the start of the pandemic. There were around 3,300 in January 2020, but the number had fallen below 1,000 by January this year as the flow of seasonal workers dried up. The cities have a combined Japanese population of almost 20,000. Filling a staffing gap of 2,000 people is virtually impossible.

“There are not enough job seekers in and around the city. Labor shortages are disrupting hotel operations. Some have been unable to hire new employees for months,” said an official from the Kutchan public employment office.

Niseko Management Service says bookings for the 2022-23 season at the condominiums it manages are about triple what they were last season. But recruiters say people who worked in the service sector have found work in other sectors during the pandemic. Staffing shortages are particularly serious for the condo operator, as it plans to open a new facility in August. Finding employees capable of providing quality services to wealthy foreign visitors is becoming more and more difficult.

Labor shortage is also a problem for Hokkaido as a whole. A survey by the Ministry of the Interior shows that 110,000 people, including part-timers, worked in the prefecture’s accommodation and catering sectors in the first quarter of 2022. This is a drop of almost half from compared to the fourth quarter of 2019, before the start of the pandemic, when 210,000 people worked in these fields.

The labor shortage is unlikely to end soon as Hokkaido’s population has been declining since the late 1990s. The prefecture aims to welcome 5 million inbound tourists a year, but that goal seems ambitious unless the tourism industry cannot increase its productivity and effectively integrate digital technologies.

FacebookTwitterLinkedinMix
2022-06-12
Previous Post: The rise and rise of Japan’s unsackable slacker
Next Post: Survey in Japan finds half of companies have morale-draining ‘Ojisan’ slacker