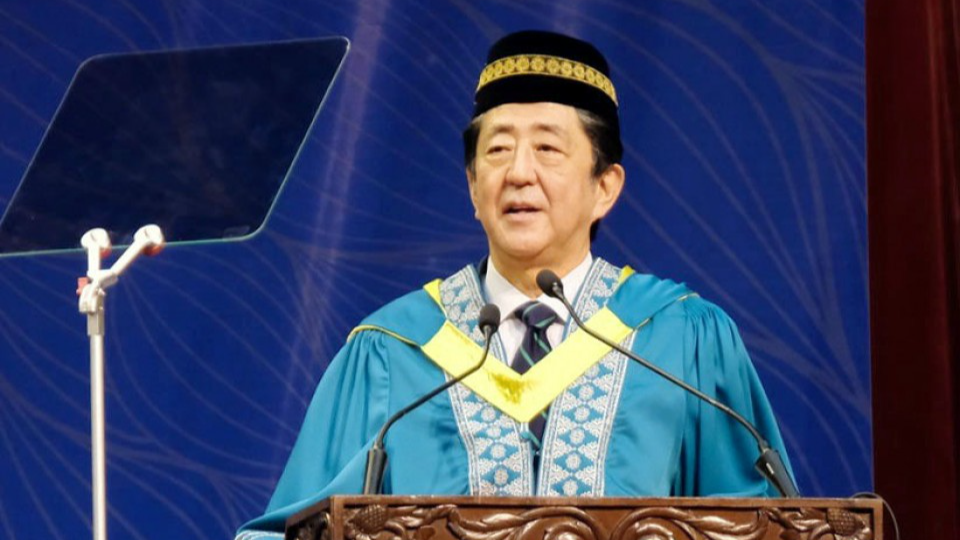 During a visit to Malaysia, the former Japanese leader said in a speech that Russia’s aggression in Ukraine posed a “serious threat” to the international order.

“Unilateral attempts to change the status quo through force or economic coercion also pose a serious threat in Asia,” Abe said. “We should raise a voice of opposition in unison.”

He was apparently referring to China’s ambition to take over Taiwan, Beijing’s militarization of outposts in disputed areas of the South China Sea, and repeated incursions by Chinese ships into Japanese waters around the Senkaku Islands, a group of islets in the East China Sea controlled by Tokyo but claimed. by Beijing.

Abe is on a four-day visit to Malaysia until Sunday as Prime Minister Fumio Kishida’s special envoy in commemoration of the 65th anniversary this year of the establishment of diplomatic relations between Japan and the Southeast Asian country. Is.

In his speech, Abe commemorated the 40th anniversary of Malaysia’s adoption of the “Look East” policy to emulate Japan’s work ethic, and said Tokyo would continue to fully support the initiative as a partner.

Abe is currently a member of the House of Representatives and leads the largest faction of the ruling Liberal Democratic Party.