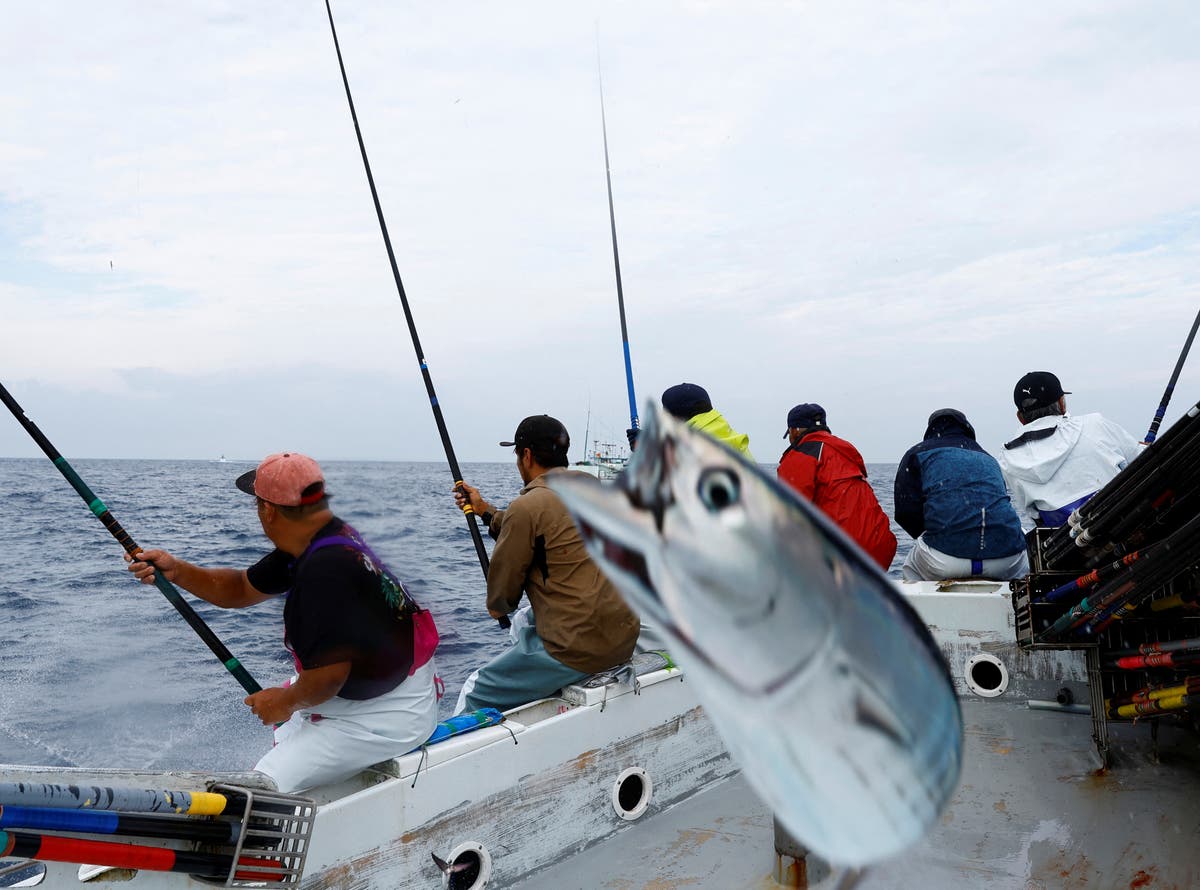 For half a century, Takeo Nakajo has been fishing for katsuo, or skipjack tuna, an essential part of Japanese cuisine, whether eaten raw, dried or used as a base for broth.

But he and other anglers in Kure, Kochi prefecture in southwestern Japan, have seen something worrying in the past two years – an unprecedented number of unusually fat katsuo.

While a heavier katsuo means more money, locals and experts say it indicates the effects of climate change and poses a risk to already threatened katsuo numbers due to growing demand and overfishing.

“The fatty katsuo must have something to do with the temperature of the water,” said Nakajo, 70. “I have a sense of urgency thinking if the katsuo doesn’t come to the bay one day.”

Noriaki Ito, the head chef of a century-old Tsukasa restaurant in the city of Kochi, also said he had “never seen such a fat katsuo during this season of the year”.

This is worrying because sea and climate changes have already wiped out other fish “including a crustacean called chambara-gai which was Kochi’s specialty”, Ito added.

Native to tropical waters, some Pacific katsuo migrate north each spring on a warm ocean current, making the arc-shaped bay of Kochi a fertile fishing ground.

The bay’s average surface temperature in winter has increased by 2°C in the four decades to 2015, according to data from local fisheries labs, and the larger katsuo may be due to more prey in the warmer sea. .

But in the longer term, this warming can prevent mineral-rich water from rising to the surface, leading to fewer plankton and smaller fish to feed on, leading to less katsuo, said agro-scientist Hiroyuki Ukeda. and Vice President of Kochi University. .

It comes as Japan’s aging population threatens the sustainability of local fishing and related businesses such as the production of dried and fermented katsuo and wasabi horseradish.

In Kure, a district of Nakatosa city, many fishermen have gone out of business over the past three decades, said Takahiro Tanaka, a fourth-generation owner of a fishmonger who calls himself “sommelier katsuo”.

“We can distinguish different tastes of katsuo, just as ordinary French farmers can savor the intricacies of wine…this place could be one of the last communities in Japan where katsuo is part of everyday culture,” he said. -he adds.

“But without fishermen, it won’t last,” Tanaka said.

Fisherman Nakajo also lamented the aging of the community and the reduced number of successors. “I asked my grandson if he would take over, but he is now studying to work in a government office,” he said.

Overfishing has already reached catch numbers and dealt a blow to Kochi fishermen who have settled for traditional single-rod fishing methods over large-scale purse seine fishing in the Western Pacific.

Government data shows that the number of catches in Kochi is only a quarter of its peak in the 1980s.

“We have seen a catastrophic decline in landings over the past 10 years or so,” Ukeda said. “A growing number of people are concerned that we won’t be able to eat katsuo in the near future if things continue like this.”

Production of katsuobushi, dried and fermented katsuo, also known as bonito flakes, often used as a shaved condiment on traditional Japanese dishes or as a base for broth, is already suffering.

The number of katsuobushi makers in Kochi has shrunk from dozens some 40 years ago to just a few, said Taichi Takeuchi, who runs one in the city of Usa.

“I really don’t know if we can continue this,” Takeuchi said.

“I am extremely worried about the future of our agriculture,” Hoshina said.

The number of farmers in the area is down 75% from the 1950s due to depopulation, and unless something changes, there are fears the sushi itself could be in danger.

“Combining raw fish and spices, like in katsuo and wasabi, is an art, and we need to maintain both,” Ukeda said. “I never want to think of a future” without them, he added.