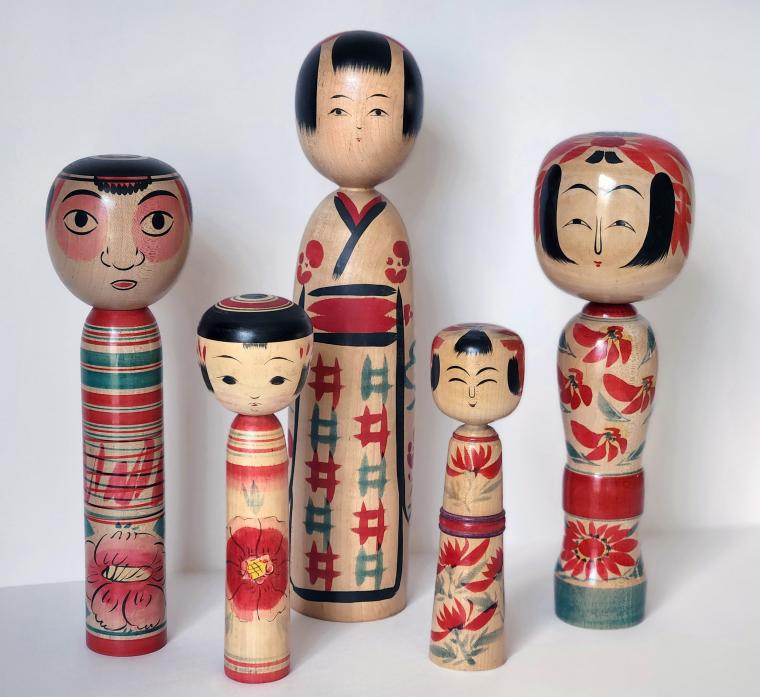 Exhibitions “Captivated by Japan: Laura Musser McColm & Her Era” and Sean Fitzgibbon, from September 3 to October 23

From Saturday September 3 to Sunday October 23

Visitors to the Muscatine Art Center can explore two very different stories of Muscatine’s past from September 3 to October 23, the ground floor of the welcoming venue Captivated by Japan: Laura Musser McColm and Her Timeand the middle floor of the Stanley Gallery housing a series of graphic illustrations by Sean Fitzgibbon.

Captivated by Japan: Laura Musser McColm and Her Time, examines some of the factors that may have triggered McColm’s installation of a Japanese-style garden in 1930, while Fitzgibbon’s illustrations tell the story of Norman Baker, his stay in Muscatine and his cancer hospital in Eureka Springs , Arkansas. “Objects from the permanent collection are displayed on both floors,” says Muscatine Art Center director Melanie Alexander. “The top floor is a mixture of furnishings, clothing and garden elements made in Japan or containing Japanese-inspired design elements. On the ground floor, a selection of artifacts from the Norman collection Baker are on display.

The Captivated by Japan the exhibit weaves together research by author and consultant Beth Cody, who was hired to investigate and write about the 1930 Japanese garden. The original research project was funded by a grant from Humanities Iowa, while participation from Cody at the exhibit was funded by a Humanities Project Grant from the Iowa Department of Cultural Affairs. Cody’s research has focused on trade with Japan in the late 1800s, followed by Japan’s presence at busy exhibits such as the World’s Fairs. McColm attended both the 1896 Columbian Exposition in Chicago and the 1904 Louisiana Purchase Exposition in St. Louis. Other sources of inspiration included operas such as The Mikado and Lady Butterfly, teahouses, including the Japanese Room at the Hotel Muscatine, and the availability of Japanese goods for sale in traveling bazaars, catalogs, and department stores such as the McColm & Co. Store. Laura’s husband, Edwin, was president of McColm & Co., while Laura herself served as treasurer and secretary before becoming president on her husband’s death in 1933.

Cody also documented landscape designers who created Japanese-style gardens in the late 1800s and early 1900s, with his research focusing on landscape designers who worked in the Midwest in the decades and years before the Laura’s garden installation in 1930. “The exhibit’s fabrics, porcelain, and decorative objects capture the imagination,” says Alexander. “As we prepare to rehabilitate the Japanese Garden, it was so important for staff, the Board and the wider community to re-examine why there is a Japanese Garden at Muscatine.”

To complete the Captivated by Japan exhibition, the staff arranged a loan of Kokeshi dolls from Kristin McHugh-Johnston’s collection, which are displayed in the display cases near the reception of the Muscatine Art Center. A full afternoon of programs is scheduled for October 15starting with an overview of the Kokeshi Collection at 1 p.m. followed by a guided tour of Captivated by Japan 1:30 p.m. The day ends with a Japanese Taiko drum performance by Soten Taiko of the Japan America Society of Iowa, an event funded by the Mary Jo & Richard H. Stanley Human Conditions Grant. 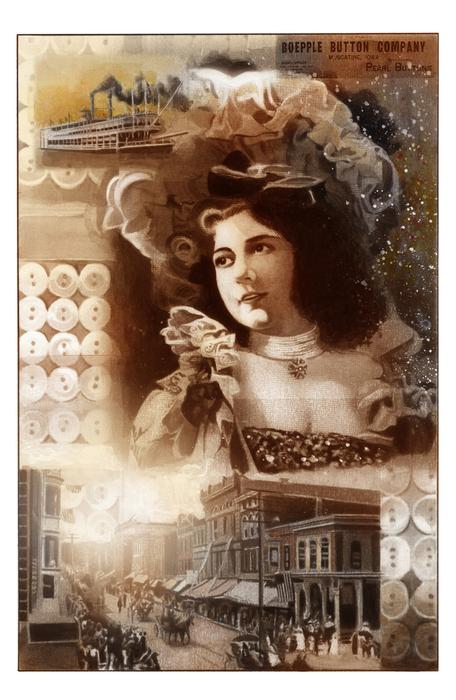 Meanwhile, on the ground floor of the Stanley Gallery, visitors are immersed in the bizarre world of Norman Baker, a Muscatine native who was an inventor, broadcaster, politician and medical con man. Baker established a cancer hospital in Muscatine and fought the American Medical Association, as well as the Federal Radio Commission. In 1933 Baker was “burnt out” from Iowa and started a radio station in Mexico that broadcast to the United States; four years later he bought the Crescent Hotel in Eureka Springs, Arkansas.

The Crescent Hotel is the centerpiece of illustrator and author Sean Fitzgibbon’s book of graphic non-fiction, with illustrations from this work displayed in the exhibit alongside Baker artifacts. A closing reception is scheduled for October 23, where Fitzgibbon will sign books, along with copies of The following is true: Crescent Hotel available for purchase through the Muscatine Art Center. The signing session is from 1:30 p.m. to 3 p.m., and in the process, the historical short film Norman Baker: The Man in Purple will be screened in the hall’s music room. Filmmaker Chad Bishop and producer Laura Liegois will be on hand to discuss the film.

Both Captivated by Japan: Laura Musser McColm and Her Time and Sean Fitzgibbon’s exhibitions will be on view September 3 through October 23, and the gallery’s normal hours are Tuesdays, Wednesdays, and Fridays 10 a.m. to 5 p.m., Thursdays 10 a.m. to 7 p.m., and Saturdays and Sundays from 1 p.m. to 5 p.m. Although admission is free, donations are appreciated and more information is available by calling (563) 263-8282 and visiting MuscatineArtCenter.org.