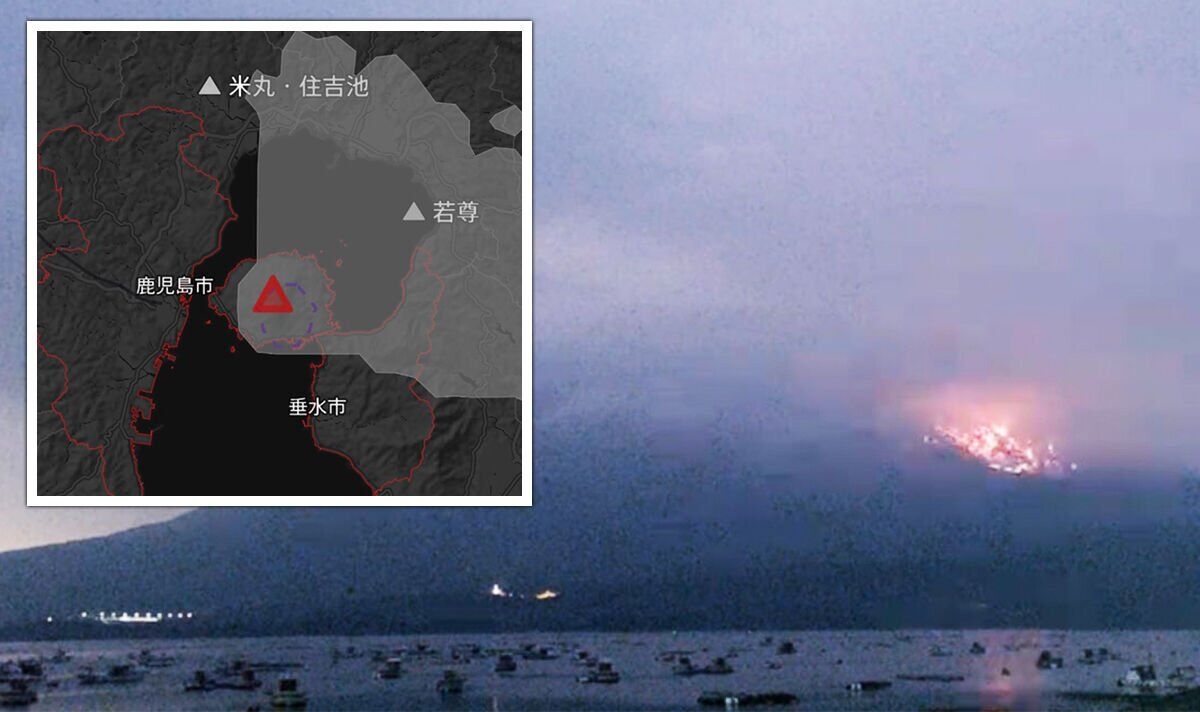 According to Volcano Discovery, at 11:17 UTC, Sakurajima Volcano erupted after previous eruptions earlier in the year. Footage released to social media from live cameras near the town of Tarumizu shows smoke and lava.

The Japan Meteorological Agency (JMA) has issued a level 5 volcano warning, which means an evacuation.

Residents of Kagoshima City were ordered to leave the area, after being ordered to avoid “entering the danger zone”.

Public broadcaster NHK reported no damage at press time, but additional volcanic stones could be seen raining down as far as 1.5 miles from the site.

Fumio Kishida, the Japanese Prime Minister, has called on the government to take action to protect lives.

Volcano Discovery also reported that Sakurajima erupted on Saturday and Friday, and throughout July.

The Sakurajima volcano in southern Kyushu is one of the most active volcanoes in the world and one of the few currently in constant activity.

The volcano is the historically active center of the larger Aira caldera volcano complex.

Located on the other side of Kagoshima Bay, which separates the city and the volcano by 4.2 km of water, its summit is only 8 km east of the city of Kagoshima which has a half a million inhabitants.

Due to its explosive potential, it is considered a very dangerous volcano and is closely monitored.

The largest historical eruptions of Sakurajima took place between 1471 and 1476 and in 1914.

Unlike the ash produced by burning wood and other organic materials, volcanic ash can be dangerous.

Its particles are very hard and usually have jagged edges and as a result they can cause eye, nose and lung irritation, as well as respiratory problems.

In the air, the ash can cause problems with jet engines, forcing airlines to cancel flights in the affected area.

An ash fall that leaves a thick layer of ash can cause roofs to collapse, clog gutters and interfere with air conditioning units.

Animals in an area covered in volcanic ash may have difficulty finding food, as plants in the area may be covered in ash.