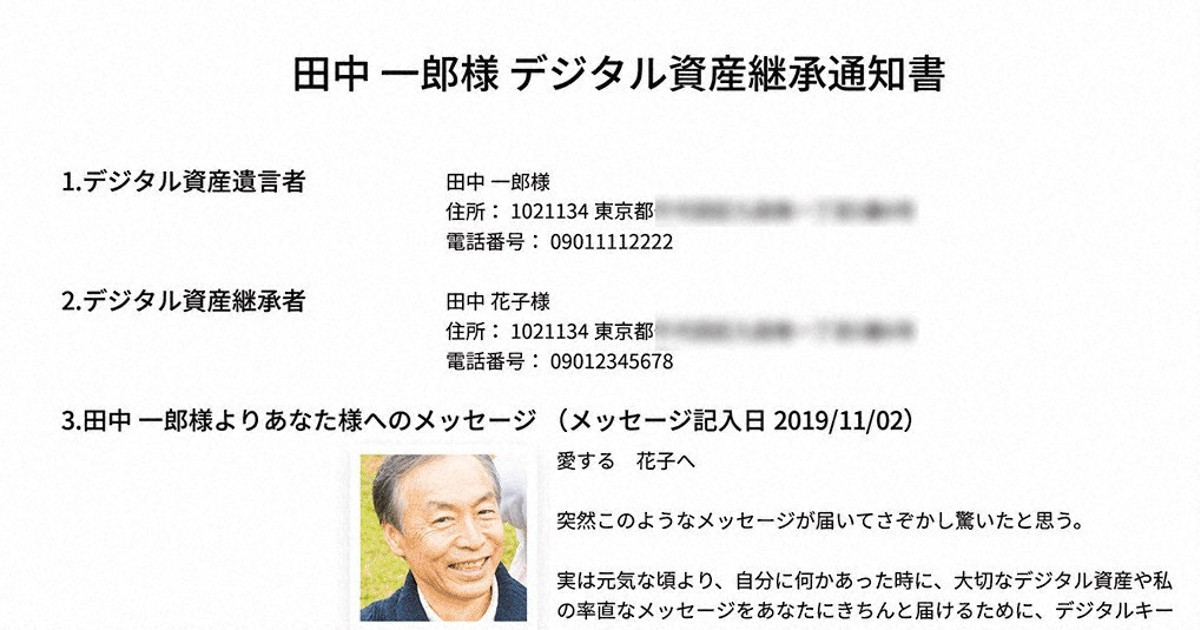 When someone dies, what happens to all the personal information on their smartphones and computers – devices now essential to everyday life that store not only memorable photos, contact details of friends and social media accounts? , but also information about online financial products and other important data?

In some cases, bereaved families remain unable to recover the “digital legacy” of the deceased or do not even know what is on the devices. So how can people avoid this problem?

In July, Hisashi Naito, author of the book “Kazoku ni Kansha Sareru Shukatsu Seirijutsu” (The Art of Arranging the End of One’s Life to Make Your Family Thank You) who runs a business in Saitama City arranging people’s affairs after passing them, was called by a 70-year-old man to a one-room apartment in Tokyo. The small dwelling contained more than 10 computers and monitors. The man’s younger brother, in his sixties, had lived there. The older man hadn’t seen his brother in over 20 years and didn’t know what kind of work he was doing – and there was no information in the room showing any login passwords.

When Naito inquired with a specialist, he was told that the cost of analyzing the password would be around 500,000 yen (about $3,500). The man in his sixties gave up and got rid of everything as it was.

The digital assets people leave behind include data such as photos and documents, social media accounts, online bank and securities accounts, and music and video subscriptions. Naito commented, “There are people who give up password scanning because it takes time and money, but people should be careful of ‘invisible assets’ that even other family members don’t know.” If the price of online financial products decreases or payments continue, it can sow discord among surviving family members.

This has led to the emergence of “digital end-of-life” services. “Digital Keeper,” an app launched in June by Digital Kinko Co., a company based in Chigasaki City, Kanagawa Prefecture, offers a service that sends a “digital asset inheritance notice” to designated individuals containing a smartphone and other login information to be used in the event of the client’s death. Rather than storing device data, the app stores passwords and credentials to access that data. The cost of the service is 330 yen ($2.30) per month including tax. Each week, the subscriber receives an email asking him “How are you?” If there is no response, then the same email is sent for three consecutive days and if there is still no response, then on the fourth day the notification is automatically sent to the designated person.

Digital Kinko President Yuji Yamaguchi commented, “At first we were considering older users, but many of our members are in their 30s and 40s. It is used by generations who have endowment insurance and mortgages. The company believes the service is attracting a response from generations who can and do use digital devices frequently.

Yet such movements are limited. Atsushi Iseda, a lawyer representing Japan’s Digital End-of-Life Planning Association, commented: “Many internet services require usernames and passwords, and while this is convenient for verifying the identity of the person, the principle is that the user is alive.”

Iseda proposes an action that a person can take in five seconds: write down their smartphone and computer passwords on a sheet of paper the size of a business card and store them in their wallet or another place where family members are certain to attend to his death.

“If it’s possible to connect, then something can be resolved. I encourage people to do that right away,” Iseda said.