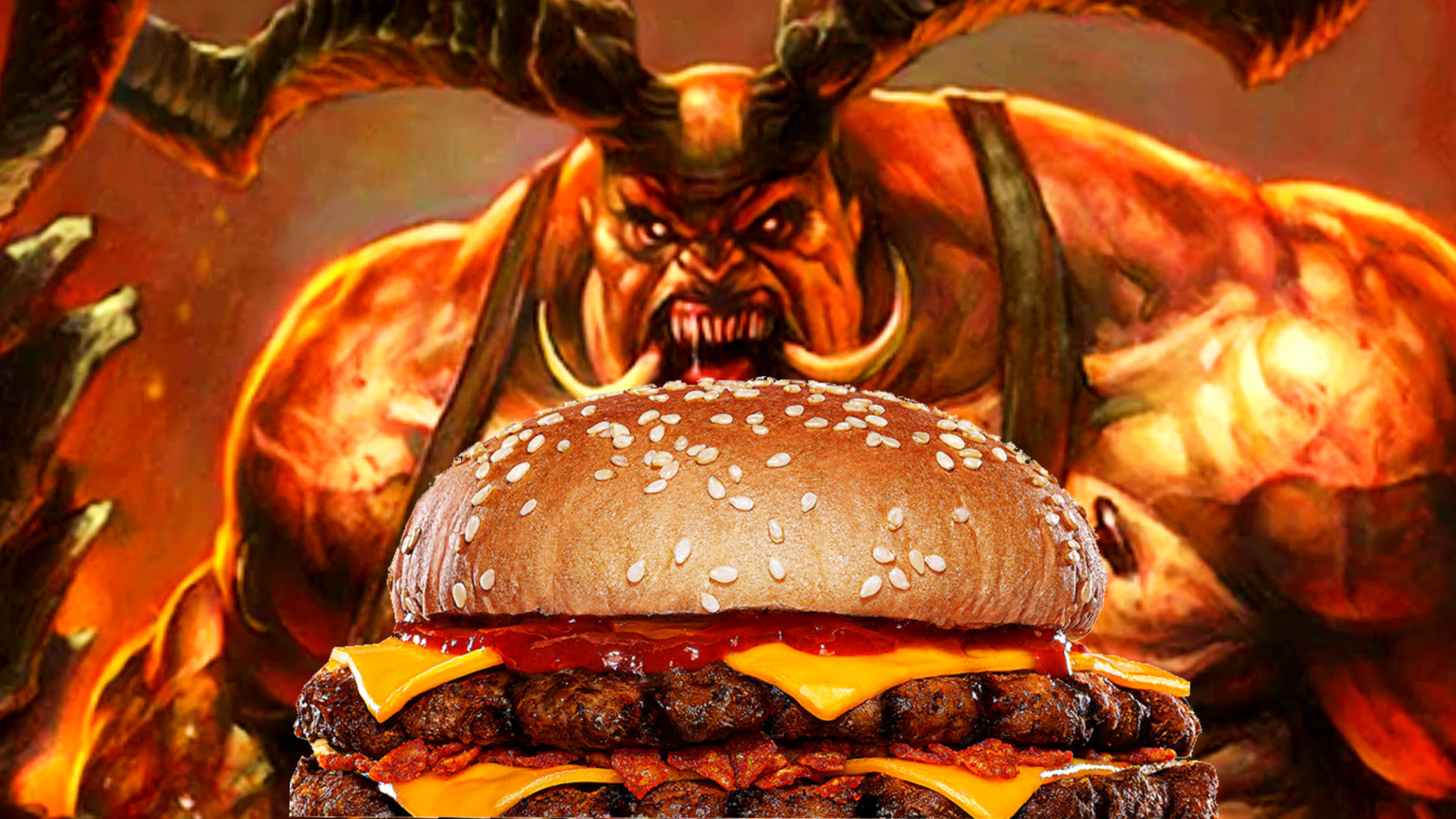 A Diablo Immortal Burger King promotion is giving fans of the fantasy game a chance to taste the devil. The promotion begins September 9 at Burger King Japan stores and features a double garlic cheeseburger with a spicy sauce. Additionally, Diablo Immortal Japan is hosting a giveaway for a commemorative T-shirt featuring an adorable rendition of the Butcher, one of the RPG game series’ most iconic enemies.

The “Diablo Garlic Double Cheeseburger” was originally revealed by the Burger King Japan Twitter account, which states that the promotional burger includes (via machine translation) “two 100% beef patties grilled directly over an open flame, smoked dry flakes, a special spicy sauce and four pieces of cheese!” The burger is available from September 9 “for a limited time only”. Unfortunately for non-meat eaters, it appears that there are currently no vegan options available.