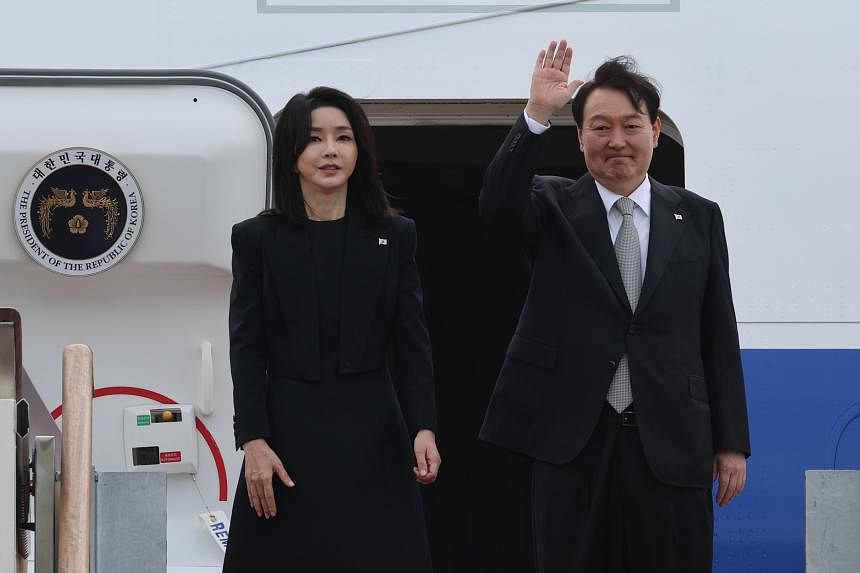 SEOUL — South Korean President Yoon Suk-yeol has embarked on a seven-day trip to Britain, the United States and Canada, but it is his first-ever bilateral summit with Japanese Prime Minister Fumio Kishida this week that observers watch carefully.

The two sides are due to meet on the sidelines of the 77th session of the UN General Assembly in New York, where Yoon is due to deliver his first speech on Tuesday.

The officials said he would lay out his vision for greater solidarity among democratic countries and underscore South Korea’s commitment to working with its allies to build peace on the Korean Peninsula and jointly respond to nuclear threats from the North Korea.

While in New York, he will meet with US President Joe Biden to discuss issues such as concerns about how the US Inflation Reduction Act could impact South Korean automakers in excluding US subsidies.

This will be the second Biden-Yoon meeting since May. The two leaders also held a trilateral summit with Kishida in Madrid in June, agreeing to strengthen tripartite cooperation on the management of North Korea’s missile and growing nuclear threats.

It will be the first South Korea-Japan summit in three years as ties have fallen to a new low due to historic disputes and a trade row.

Mr. Yoon pledged to improve relations with Japan as he seeks to align more closely with their mutual security ally, the United States, and to strengthen trilateral cooperation.

Japan, however, was vague and evasive on the summit. Asked about the meeting, Japan’s chief cabinet secretary Hirokazu Matsuno said last Thursday that nothing had been decided.

Various Japanese media on Sunday questioned its likelihood, saying Japan remained cautious and wanted to see progress on contentious issues before committing to a leaders’ summit.

The South Korean presidential office, however, reaffirmed on Sunday that there was “no change” in the plans to meet the two leaders.

Experts said it was clear President Yoon wanted to recalibrate South Korea’s relationship with Japan, but it remains to be seen if he has a solution that would work.

The two countries struggled to resolve the issue of compensation for Koreans subjected to forced labor by the Japanese during World War II.

Tensions escalated in 2019 due to Japan’s restrictions on the export of raw materials South Korea needed to manufacture memory chips, a boycott of Japanese brands in South Korea and the near – cancellation of a rare intelligence-sharing pact between the two countries.