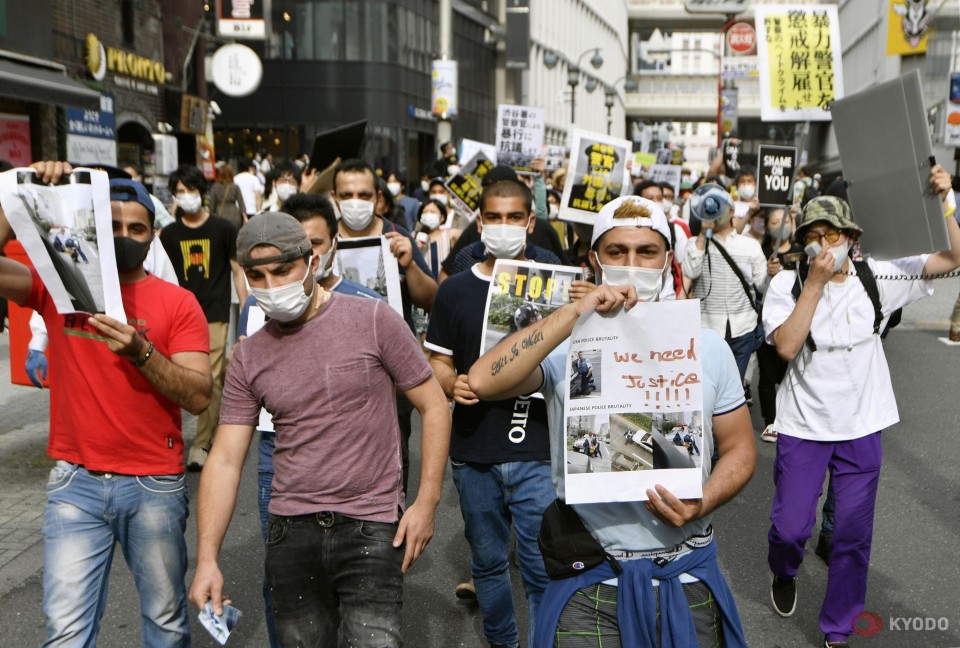 A total of 62.9% of people in Japan with foreign roots have been questioned by police in the past five years, according to preliminary results of a recent survey by the Tokyo Bar Association, with the group claiming that the result is evidence of biased behavior on the part of agents.

The racial profiling survey gathered responses from 2,094 people with roots in foreign countries. The association said it conducted the poll after receiving complaints that many of these people had been questioned by police, apparently because of their appearance.

Foreign residents take to the streets of Tokyo’s Shibuya district on May 30, 2020 to protest Japanese police’s alleged mistreatment of a Kurd. (Kyodo)

Of those approached by the police over the past five years, 50.4% were stopped “two to five times”, while 10.8% were questioned “six to nine times” and 11.5% “10 times or more,” according to the survey. conducted between January 11 and February 28.

A total of 70.3% of these people said they “felt uncomfortable” with the police questioning, while 85.4% said the police approached them after acknowledging that ‘they had roots in other countries. Most of these people believed that the officers had such a conscience because of their appearance.

A Japanese law governing on-duty police allows them to question people if there is reason to suspect they have committed an unusual act or crime. But 76.9% of those questioned by police in the survey said there was no reason to be treated with suspicion.

In a gratuitous description section, some wrote that after learning of their foreign nationality, officers exhibited “overbearing behavior” towards them.

The US Embassy in Tokyo warned last year on its official Twitter account that it had received reports of “alleged incidents of racial profiling” with several foreigners “detained, questioned and searched” by the police.

Vietnamese intern in Japan seeks apology for 2 years of abuse